All boundaries are crossed including gender, race, and good taste in this year's "The 99 Cent Chef's Oscar Special." The Chef hams it up with a deli-case worth of meaty Oscar nominated roles -- from Meryl Streep's celebratory turn as Julia Child to egocentric James Cameron directing his bombastic Avatar -- and a tasty Oscar-ready entree is paired with 5 mind-blowing, performances! 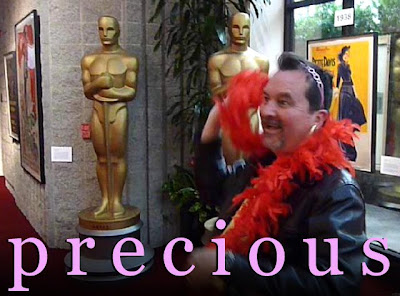 Best Actress performances are always the meatiest roles, and The Chef's bon vivant spin as Julia Child will surely bring a smile to Academy voters when he/she serves up sumptuous Beef Bourguignon while wearing the family jewels.

Next, when the chameleon cook takes a spin as Gabourey Sidibe, the boa feathers will fly when her abusive mother wakes "Precious" from her dancing daydream.

Some Best Director nominees are notorious as perfectionist screamers -- and at the top of the list is James "I'm king of the world" Cameron. Watch me feast on his bloated ego as he directs the over-stuffed "Avatar." 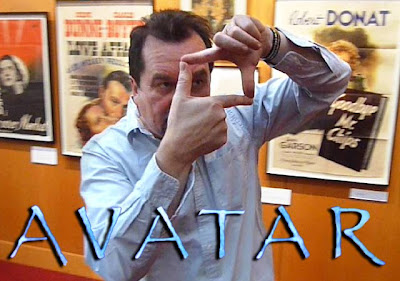 The Chef swings a bat to bring home the bacon from Best Picture nominee Quentin Tarantino's "Inglorious Basterds." And fitting for a Tarantino-style shocking scene, the Chef serves up a dish that will have tongues wagging. 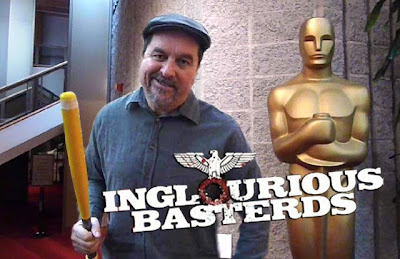 And finally, the Chef gets serious with an endearing, beer-soaked turn as Best Actor nominee Jeff Bridges in "Crazy Heart." And he serves up a Southern soul-satisfying dish. 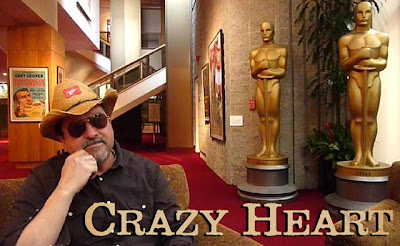 Each of The Chef's performances is paired with an entree. Which one is deserving of a Golden Whisk? Well, you don't have to be a member of the Academy to vote: just leave your comment, and The Chef will tally the votes and announce the winning entree (with step-by-step cooking instructions) in a follow up blog-post. 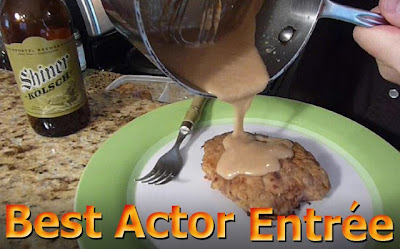 Vote for an Oscar-worthy entree, including: Beef Bourguignon, Chicken-Fried Steak, Sunny Side Up Eggs, Bunny Burger Royale with Cheese, & a Whopper Jr.

If you missed any of these movies, click on the underlined link to view the movie trailer for each Oscar Nominee I have taken on:
"Crazy Heart" with Jeff Bridges, "Julie & Julia" starring Meryl Streep, "Avatar" directed by James Cameron, Best Picture nominee "Inglorious Basterds" and Gabourney Sidibe as "Precious."

So until the real Oscar broadcast rolls this Sunday, take a few minutes and check out The 99 Cent Chef's latest video -- presented in wide-screen ChefScope! And don't forget to vote (as a comment) for your favorite Oscar Nominated Best Entree!


99 thanks to Bob McGinness (creative camerawork) & Pete Handelman (clever voice-over work) for their invaluable contributions! Be sure to check out Pete's funny videos by clicking here.
Click here to embed or view video at youtube.

That chicken fried steak would sure be good with some biscuits, uh huh.