Breakfast is heavy. I grew up in the South where calories are king, and Country Gravy with Sausage was often the first meal of the day.

During my childhood weekend mornings, my Dad would get us kids started with this Southern staple for breakfast. There was nothing better than tearing up hot biscuits and drenching them in Country Gravy with Sausage.

And it is easy to make, if you use ready-to-bake biscuits. Now this is an extreme shortcut for biscuit purists, but some mornings I'm just too lazy to make homemade ones.

If you have a biscuit recipe then pair it with my Country Gravy with Sausage recipe. But if you are drowsy and cheap, then this recipe with store bought biscuits will do just fine. 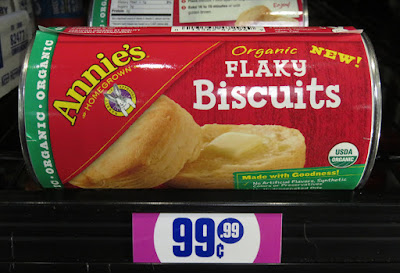 I use cheap ground breakfast sausage that tends to be quite fatty, but all that rendered grease will be put to tasty use when mixed with flour and whole milk. Of course, it's okay to pour out some of the grease, but do leave a little, as it adds so much lush flavor to country-style gravy. 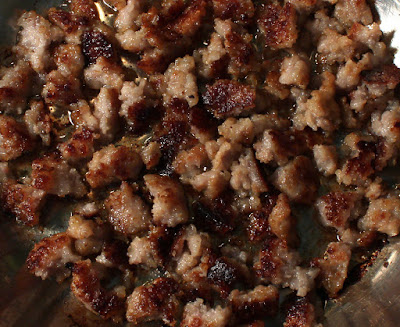 You can even use any lean sausage meat substitute as well, but be sure to drizzle in some tasty oil for a richer gravy. 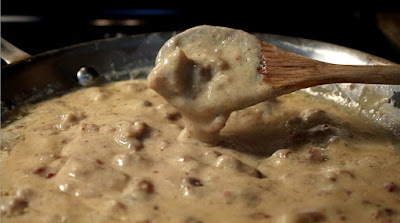 I use whole milk and regular white flour as the gravy base. Again it's okay to lighten things up with low fat milk, or even a milk substitute. You can use healthier whole wheat flour instead of traditional bland white flour. 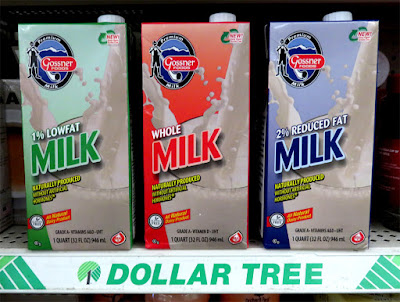 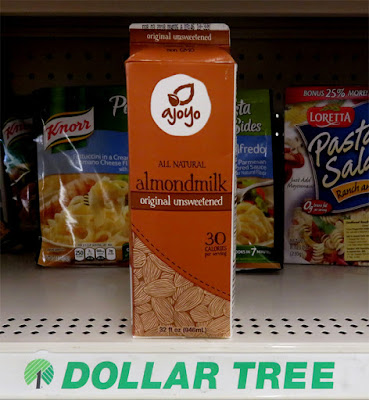 All the ingredients are cheap enough as I get it all from my local 99c only Store and Dollar Tree. Breakfast sausage comes in 8 to 12 ounce packages. You can use as much sausage in the gravy as you like. And milk and flour are cheap enough. 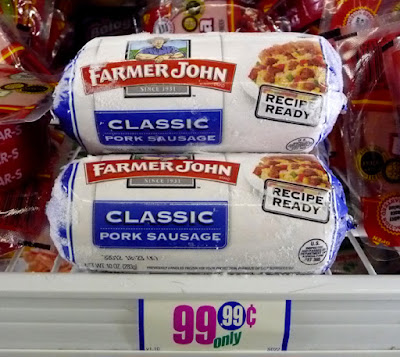 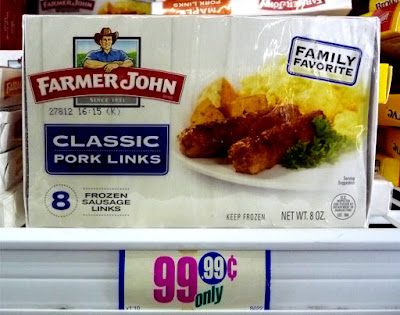 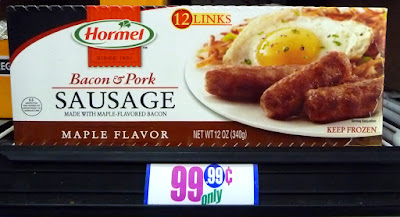 The recipe comes together quickly, in the time it takes to bake biscuits for about 15 minutes. Just brown the sausage as the biscuits bake.

Once the sausage is cooked through, then sprinkle in flour and cook for a few minutes. Finish up by stirring in milk. Along with a little salt, I like a lot of black pepper in my Sausage Gravy, so don't be skimpy with it.

You don't want to serve this calorie bomb too often, but, boy does Country Gravy with Sausage hit all your flavor buttons.

Ingredients (about 2-3 servings)
5 biscuits - I used ready-to-bake. Okay to use your favorite biscuit recipe.
Breakfast pork sausage - about 8 to 12 ounces.
2 cups milk - whole or low fat. Okay to use milk substitute like Almond Milk.
1/4 cup of flour - white or wheat.
Salt and plenty of pepper to taste. 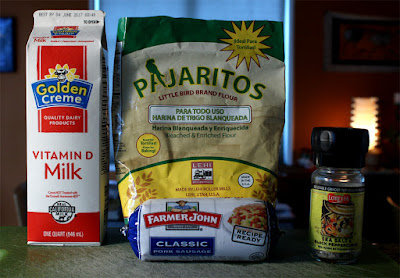 Directions
It takes about 15 minutes to prepare the gravy - about the same time it takes to bake biscuits. So you can start both at the same time. If the biscuits take longer to bake, you can keep the gravy at low heat, until ready to eat (stir in a tablespoon of milk at a time if gravy thickens too much.)

Typical store bought biscuits cook in about 15 minutes at 350 degrees.

While biscuits bake, in a large pan or pot, over medium heat, add raw pork breakfast sausage. As sausage browns, break it apart into smaller pieces. It's okay to use formed sausage patties or links, just break them up as they cook. 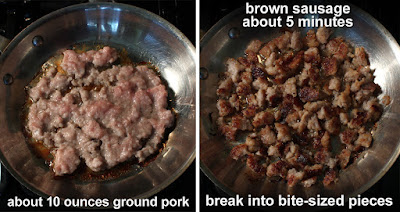 It's best to get the sausage nice and brown, at least on one side. The caramelizing adds a lot of flavor to the gravy. Cook the sausage all the way through for about 5 minutes (depending on the size of sausage pieces.)

Breakfast sausage tends to have a lot of fat, so it's up to you how much rendered grease you want to keep in the pan. It's okay to pour out some grease to lower calories, but do leave a tablespoon for extra richness and flavor.

Next sprinkle on a quarter cup of flour. Stir into the cooked sausage and saute for 2 to 3 minutes. 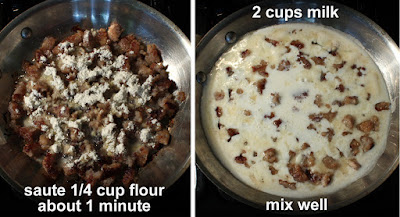 Slowly pour in the milk and stir to mix well. Keep stirring so any flour lumps break down. Once the gravy is brought up to a low simmer, it should begin to thicken in a couple of minutes. Once the gravy is thick and hot it is ready to pour over biscuits. 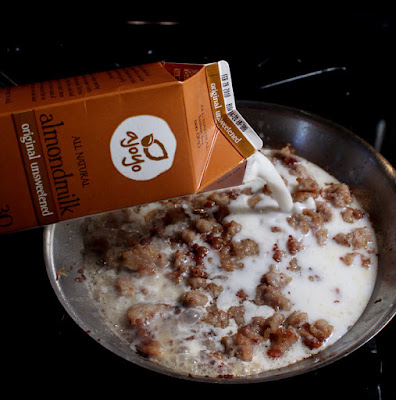 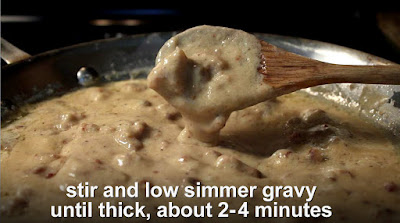 My gravy recipe is for a thick one. You can add a tablespoon of milk at a time to thin it out some, if that's the way you like it.

Biscuit cooking time may vary, depending on the type you buy or make, so time the baking so both gravy and biscuits are done about the same time. You can get the gravy started first, as it is easy enough to keep warm, or just heat up at the last minute.

Serve hot biscuits covered in my delicious Homemade Sausage Gravy. Some like to tear their biscuits apart first, then spoon on the gravy. I just lay out a couple of them and cover it all with Sausage Gravy. 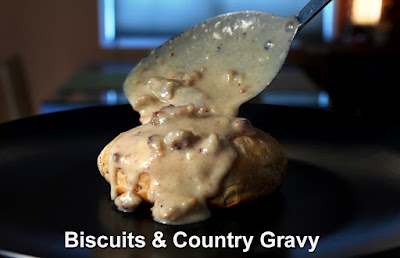