Deal of the Day - 2 Chicken Burritos 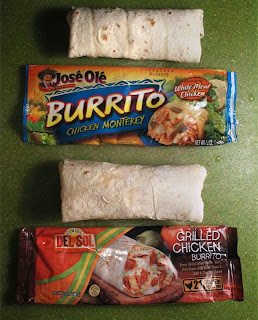 Does a flamboyant green chile and cheese flavored Jose Ole Burrito Chicken Monterey body slam the more traditional rice and bean stuffed Del Sol Grilled Chicken Burrito? Which burrito will be unmasked as the loser in this Deal of the Day? And with a rating of 1 to 9, 9 being best, who will be declared the champ? 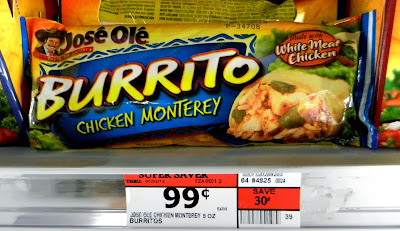 For the first round let me introduce the Jose Ole Burrito Chicken Monterey. It's the smaller of the two at just 5 ounces. However I will not deduct points, it's all about  flavor in this Mexican fast food smackdown. First off, after a 2 to 3 minute microwave, the burrito must be named for a hot cheesy filling of Monterey cheese and green chiles. You are immediately walloped with the savory combination. However, there is a weak smattering of rice mixed in the yummy sauce. 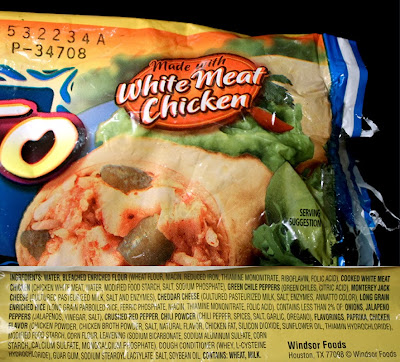 The flour tortilla is fine, no points lost for the wrapping. 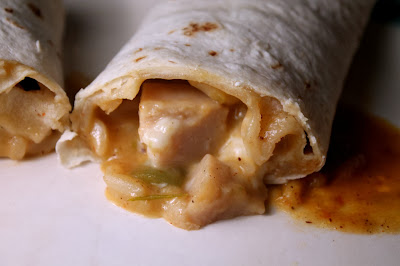 But the Achilles' heel is the white meat chicken. While there is actually plenty of poultry cubes, it's made from a processed loaf. For such a serious foul this chicken burrito gets an immediate 3 point deduction.

Next up, please welcome to the wrestling ring a Del Sol Grilled Chicken Burrito. This is a stripped down burrito. No no fancy show off moves or glittery attire here, just beans, rice, and chicken. 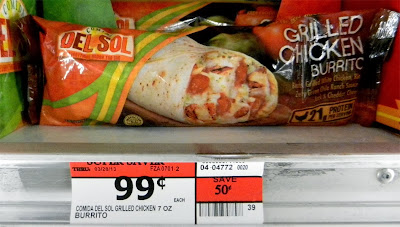 At 7 ounces this fat burrito body slams you to the mat and keeps you in a headscissors armlock of Mexican traditional flavors. I like the use of whole pinto beans with refried beans. Usually Mexican frozen fare mushes pinto beans into a paste. And there is a good balance of rice to beans. 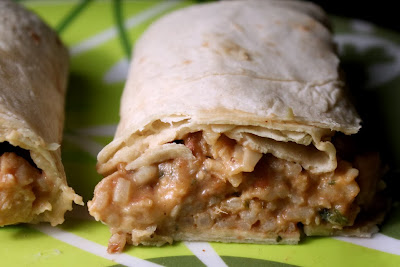 On the package cover, cheese and a "zesty green chile ranch sauce" is listed. The top billing status is deceiving though. As a tag team member, it enters the fight too late and only plays a minor role. The flour tortilla holds it's own, with no fancy moves. 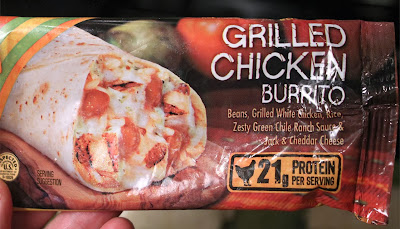 But the winning wrestler's hold is the use real white meat chicken! The pieces are small but moist and tasty. 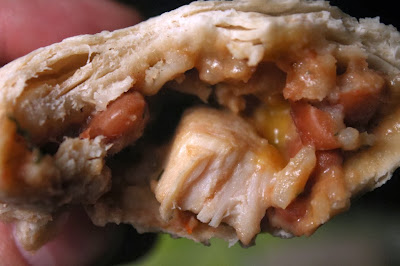 Overall the Del Sol Grilled Chicken Burrito is a simple opponent, it's been knocked around and is a bit slow in the ring, but it delivers the knockout punch.

So on the Cheap$kate Chef's Deal of the Day dining scale of 1 to 9, 9 being best, I declare Del Sol's Grilled Chicken Burrito the champ, with a rating of 7! 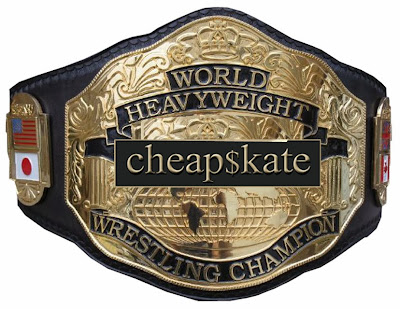 I am happy that I found your post while searching for informative posts. It is really informative and quality of the content is extraordinary.

deal of the day tracker