And click on any Best Picture Oscar Entree nominee name to be directed to the original blog post for all the award-winning recipe prose and cinematic culinary imagery.

My first Best Picture Oscar-nominated Entree is for the movie A Star Is Born, and it's a delicious Zankou Chicken Meal sure to tickle the ivories in your mouth! This 21st Century musical is a feast for the ears, so check out the movie trailer below.

I've been to the Los Angeles landmark Hollywood Bowl for many music concerts and this A Star Is Born Zankou Chicken Meal is fitting for a live music setting.

My next Oscar Entree nominee is Vice Billionaire Omelet. The movie Vice deals with the most powerful Vice-President in recent history, Dick Cheney.

You could call Dick Cheney a double-dipper, as he later became a CEO of Halliburton, a Fortune 500 defense contracting corporation. 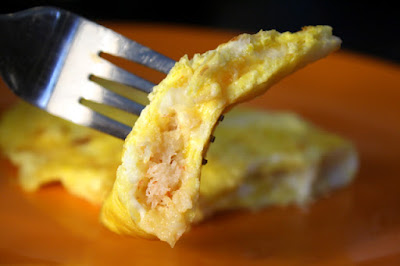 The Green Book is a concert pianist tour taking place in the South, so a cool The Green Book Daiquari Drive Thru is a welcome stop from the dusty road.

You are in the backseat for my The Green Book Daiquari Drive Thru in the video below, so tie one on with The 99 Cent Chef!

The Favourite Fish & Chips is a Best Oscar Entree that should be served with a silver spoon, or make that a fork. The nominated historical costume drama takes place in a castle and is full of palace intrigue involving 18th Century Queen Anne.

My crown jewel of a recipe is worth a knighthood for scrumptiousness. So check out my The Favourite Fish & Chips recipe from behind the red velvet rope.

My next Best Oscar Entree is one you can really sink your teeth into, Black Panther Plantains. The latest Marvel Comics superhero movie is a great change of pace to the usual whitewashed special effects blockbuster.

Black Panther Plantains are fried and an extra sweet side dish. You might as well serve it with my Cuban Black Beans and White Rice -- this is a great one-two vegetarian punch!

The rock group Queen is profiled in my next Best Picture nominated recipe. And my colorful pastry, Bohemian Rhapsody Sprinkles Cupcakes, will have you stomping along to the sports arena anthem "We Will Rock You!"

My  Bohemian Rhapsody Sprinkles Cupcakes recipe was originally created when gay marriage was legalized first in Los Angeles. I am proud to present my gender-busting recipe video:

My cajun brother the Swamp Chef is a friend to all races and even turns a different color to prove it in the recipe video below.

The last Best Picture Oscar Entree is Roma Turkey Carnitas, Mexican-style. The movie Roma title is named for a Mexico City neighborhood. Tied with The Favourite for most Oscar nominations, Roma is the film to beat. The movie is about the movie director's housekeeper.

My Best Picture Entree nominee Roma Turkey Carnitas is a humble but delicious street food that all classes of people will crave.

Do try out any of my Oscar Party Entrees - you're sure to get a Standing O. So have your acceptance speech ready because the golden statuette for Best Entree at an Oscar Party belongs to you, the host with the most.

And I'll leave you with a video I made a while ago, where the Academy of Motion Pictures had an Oscar exhibit, along with a podium with a real Oscar. All you had to do was stand in line and take a picture with it -- well you can be sure I showed up for that! Just check out the video below: