Hold on a sec, don't throw out that baked ham bone or turkey carcass yet! It's leftovers time at the Cheaps$kate Chateau so read on for flavorful recipes I like to make which uses up every tasty morsel of your holiday meal.

(And click on any recipe name to be directed to my blog post with all the delish recipe text and yummy photo illustrations.)

If you are the Christmas Baked Ham type, soup the best way to use up any ham pieces and the ham bone too. New Year's Day is right around the corner so it's time for traditional Black-eyed Peas made my cheap$kate way using the leftover Christmas ham bone for extra flavor.

What I especially like about a pot of Black-eyed Peas is they cook in half the time of regular pinto, red or white beans. So you can serve them in just a couple of hours.

Do check out my recipe video below to see how quick and easy you can make your own and ring in the New Year with a fragrant bowl of legumes, and don't forget to make some rice too, for a Hoppin' John version.

Green Split Pea Soup is next up, and it cooks quickly as well. I like to add a lot of extra veggies to my version including carrot, celery and onion. Cook it with a few extra chunks of ham and even your most picky kid will go for this recipe.

Adding a slab of ham is always a welcome addition to any sandwich. One of my favorites is called a Cuban Sandwich which is comprised of ham, roast pork, Swiss cheese and a slice of pickle. And it's served pressed, hot off the grill, all melty and warm. 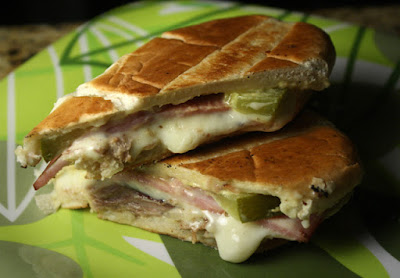 Cuban Sandwich
A French Ham Sandwich is simply made with ham slices, real butter and crunchy French Bread. It's perfect for a picnic. I did one once, but cheaply, with margarine instead of butter. If you have the extra bucks do use real butter if you are bringing them to a picnic party. 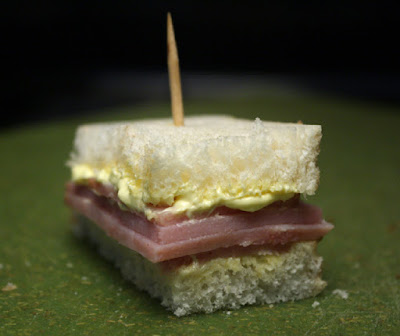 French Ham Sandwich
Ham with pasta? You bet, just try out my Ham, Peas and Cream with Penne. And lately, I've been adding cubed ham, instead of sausage, to my Mom's Jambalaya recipe. 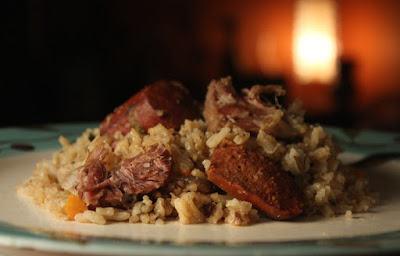 Mom's Jambalaya
I grew up with ham added to my plate of fried eggs with Breakfast Potatoes. Diced ham adds heft and flavor to a Cheese Omelet. 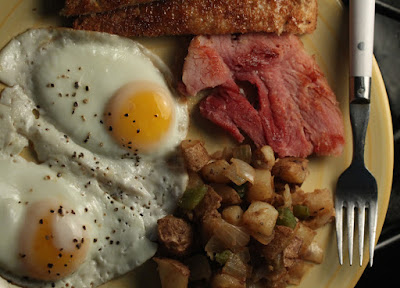 A McDonald's Egg McMuffin uses Canadian Bacon, which is very similar to ham. I am so cheap that I've come up with an inexpensive homemade one. Check out the video below to see what I mean.

When I'm on a roll, that is with dice, I head for the Vegas buffet table for a gambler's Eggs Benedict, made with poached eggs, ham and creamy Hollandaise sauce over a toasted English muffin. You've hit the jackpot when you try my cheap$kate version. 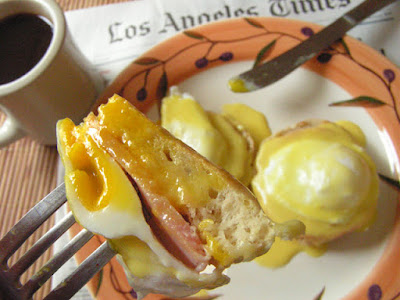 Eggs Benedict
The easiest and quickest use of a Leftover Christmas Turkey is to just pile them between 2 slices of bread or bread roll. I like mine with stuffing, cranberry sauce, warm gravy and turkey.

Click on any photo to see larger.
But to kick the sandwich up to an Ultimate Turkey Sandwich, just crisp-up in the frying pan some of that uneaten soggy turkey skin.

It is a decadent and tasty addition to a classic Turkey Sandwich. Check out my recipe video below for a little culinary decadence.


A most popular leftover for the coldest days of winter is a warm and soothing Turkey Soup. I hope you saved the poultry carcass? 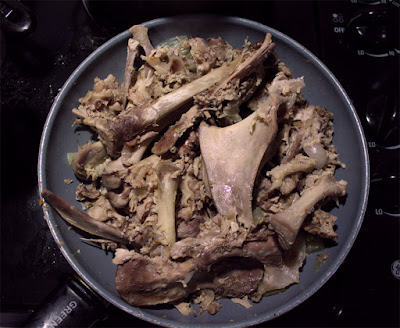 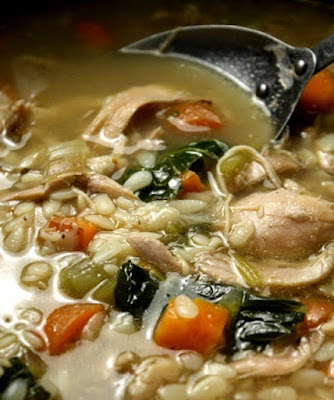 For the tastiest soup, it's best to boil leftover roasted turkey bones and turkey bits in a pot of seasoned water. Once the water is simmering on low, just step away for an hour, and meanwhile, do a little veggie and leftover turkey chopping to add with strained turkey broth.

My Turkey Soup recipe link here is based on a typical Chicken Soup, so just substitute with cooked leftover turkey.

My Chicken Soup recipe starts with uncooked chicken, so this Turkey Soup spin-off will be done in less time -- just simmer long enough to tenderize the chopped carrot, onion and celery. This soup is easier with cooked turkey.

If you feel a bit more ambitious, then rustle up a Cajun classic Chicken and Sausage Gumbo, but with leftover turkey instead of chicken.

My Mom lives in Louisiana and she sure knows how to do a Gumbo. This is another cold weather dish. Serve Mom's Turkey and Sausage Gumbo over rice. Again you can reduce the prep time because the leftover turkey is already cooked. And another shortcut is using a pre-made Gumbo base called a roux, that is often stocked in regular grocery stores.

Check out my video below for all the tasty details.

A pot pie is the most soothing of winter meals, and my Turkey Pot Pie made with Christmas leftovers will have you returning for seconds and thirds!

For my simple recipe, I used a grocery store frozen pie crust that covers the leftovers. And all you do is load up a deep baking dish like you would a lasagna - layering mashed potatoes or yams, veggies, stuffing, turkey and gravy. 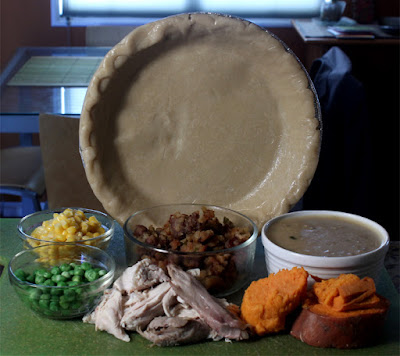 My video below lays it on thick, that is, with plenty of delish leftovers.

I hope you had a great gathering of family and some friends for Christmas. And do check back for more 99 cent cheap$kate deliciousness.