Tonight, Food Network stalwart Bobby Flay will do battle over a Louisana delicacy, the Muffaletta Sandwich. The show is called "Throwdown with Bobby Flay," and basically, he travels state to state challenging the locals to a cookoff. You haven't heard of a Muffaletta Sandwich, right? 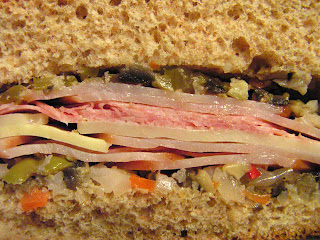 The Muffaletta was invented in 1906 in the French Quarter, at an Italian store called Central Market Grocery by Signor Lupo Salvadore. Central Market is still in operation. Basically an Italian deli sandwich of salami, ham and cheese, dressed with an "olive" salad, instead of mustard / mayo; it's served in an Italian bread round loaf.
I went to high school in the Cajun state, so The Chef knows a Muffaletta -- although he's more of a
Po' Boy sandwich kind of guy (it's hard to beat fried oysters on a French roll.) When driving through Louisiana, stop at a small town grocery store and chances are you will find a sandwich counter in the back. Order a Mufalleta and tell them The 99 Cent Chef sent you.

Ingredients
10 inch round loaf of bread, halved (will serve about two)
3 oz of sliced salami and smoked ham (about half a package each)
4 slices of cheese (normally provolone, but whatever you've got is fine)
"olive" salad 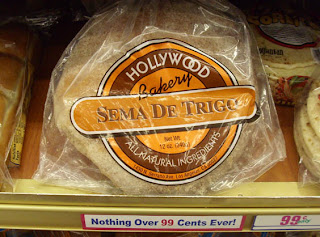 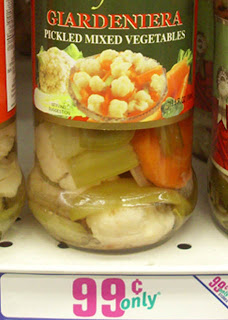 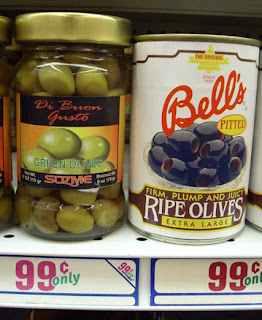 Directions
To make olive salad, combine ingredients into a blender and
chop roughly at lowest speed; or hand chop to a chunky consistency. 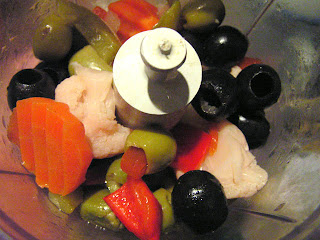 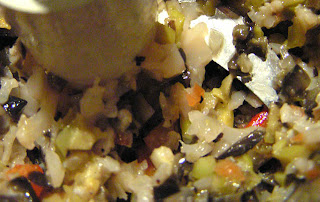 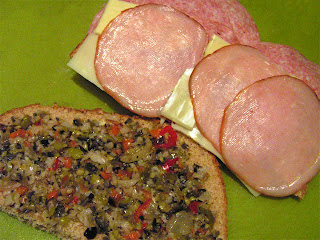 The Chef will be watching Bobby Flay on The Food Network tonight.
Hey Bobby, next time you're in L.A., The 99 Cent Chef would love to challenge you to a 99c only Store "Throwdown!" 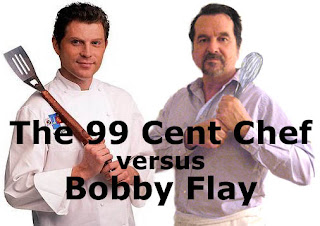 This HAS to happen. Please, please make it so.

I love all the other recipes but you can NOT mess with the muffaletta. What kind of bread was that? You know there is olive oil involved in the salad mix and only that italian bread can hold up to it. Don't get me wrong, I loovvee all your recipes especially since our family is from Louisiana (Morgan City, Thibodaux, and New Orleans)AND we love the 99cent store BUT just leave muff out of this, okay?