Once again, I'm taking it to the streets!  If you've been keeping up with The 99 Cent Chef, you know I've been cruising L.A. at night, dodging parking tickets while rolling through right turns on red, all to capture a unique portrait of this city's living, breathing nocturnal eatery scene. The newest chapter is now compiled as Restaurant Nocturnes IV. 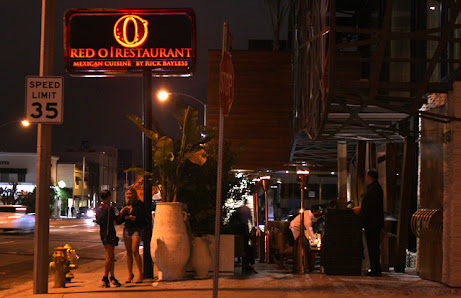 If you've viewed my three other Restaurant Nocturnes, you know what to expect; if you are new, then fasten your seat belt -- you're in for a deliciously bumpy night! 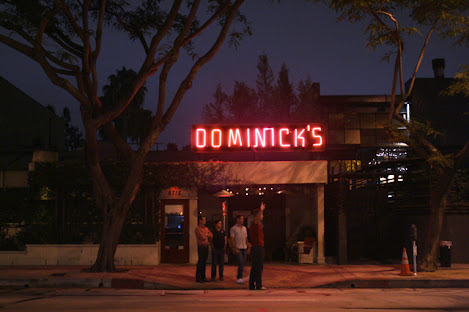 With The 99 Cent Chef behind the wheel, my latest video is a tasty tour of twilight restaurant exteriors -- from the latest Culver City gastropub, Waterloo & State , to Santa Monica's delicious taco dive, La Playita . You will also see some of the last photos of the wildly popular and cutting edge Test Kitchen , which turned its kitchen over to a new chef every couple of days. There was just no way they could keep going at that breakneck, revolving-door pace (their last meal will be a Dec. 13 charity benefit). 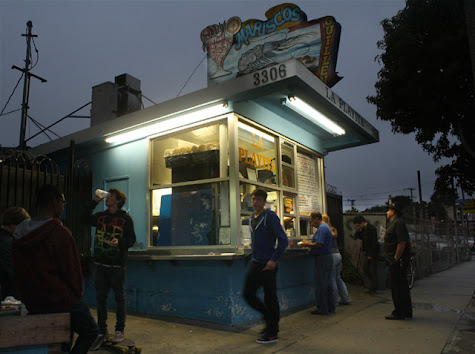 And you'll almost smell the trotters roasting, the duck confit simmering and the al pastor barbequing, while listening in on succinctly edited audio clips of citywide restaurant specialties described by the people who present or cook them (each restaurant video clip runs only 10 to 15 seconds).

So pull up a computer chair and feast your eyes on a unique selection of 24 Los Angeles eateries, personally selected and shot by The 99 Cent Chef.