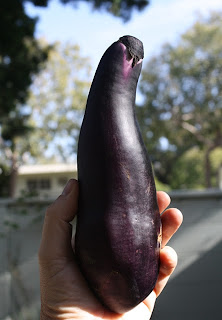 Get out the low sodium, glutten-free, baked, organic, mulit-grain crackers for this video recipe of delicious dip: Baba Ganoush.

And, an Eggplant just looks funny: a black/purple, oddly shaped, inflated veggie balloon (and, it's as light as one, too.) But, boy does it taste good in The 99 Cent Chef's latest recipe video. The other ingredients are cheap enough: sesame seeds, olive oil, chopped garlic, lemon juice, and a couple of optional ingredients: ground paprika and parsley.

Eggplant, like a whoopie cushion, deflates into a soft mass after it's baked in the oven for half an hour. While the skin is bitter, the mushy flesh is sweet. Baba Ganoush is finished with a quick spin in a blender or food processor. Serve it as a side -- or, cut pita bread into triangles and serve it as a dip at your next get-together. 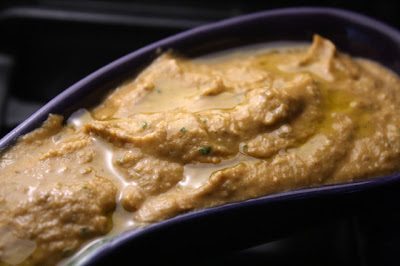 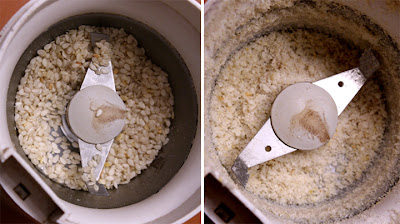 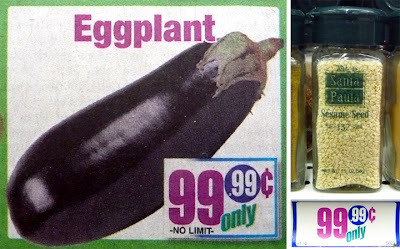 So pull up a chair and check out the 99 Cent Chef's latest recipe video, for Baba Ganoush. It's a fun, stop-motion animated delight of time-lapse deflating eggplants -- full of icky, gooey, veggie innards that blends into a smooth delicious dip. 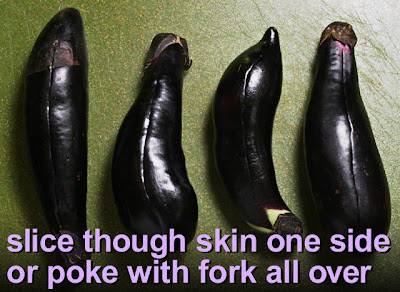 Cover eggplant in a casserole dish, or place in a large pan (or cookie sheet) and cover with foil. I used Japanese eggplant so this was easy to do -  however if you are using a more typical large eggplant, poke it, then just wrap it in foil. Bake for 30 minutes at 400 degrees. 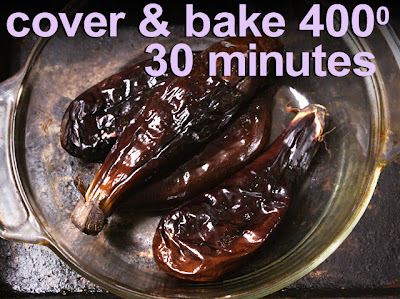 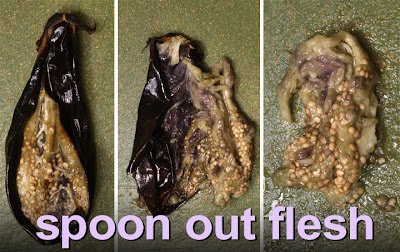 Finally, mix all the ingredients into a blender or food processor, and season with a dash of salt and pepper. Pulse and blend until it is a smooth mass, similar to hummus or cooked grits. You could also just mash it all together with a fork, until the texture is like oatmeal.

The flavors deepen and intensify if you let the Baba Ganoush sit covered in the refrigerator for a couple of hours; then set it out until it reaches room temperature. 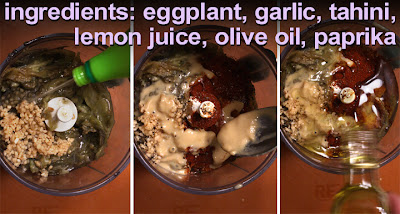 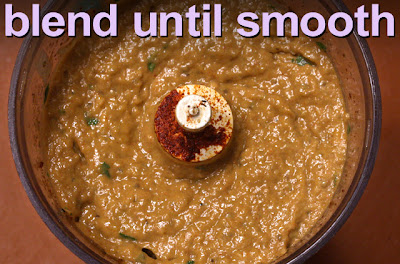 Hindsight
As mentioned earlier, peanut butter is a convenient substitution -- just be sure to use half the amount asked for with Tahini. The next time I make it, I will try a version without the powdered paprika, or use even less. Usually when I get Baba Ganoush at a Persian or Israeli restaurant, they drizzle on olive oil, but you don't have to do this -- to keep things low calorie.
I got a cup and a half of cooked flesh from the eggplant. Your amount may vary, but don't worry if you have less or more, just roll with it. Baba Ganoush is versatile enough to play around with adding and subtracting the ingredients -- that's what this chintzy chef does all the time, play in the kitchen!
Posted by 99 Cent Chef at 12:55 PM