My pasta salad is made cheaply with veggies found at my local Latin grocery and supplemented by pasta from the 99c only Store - it's the best of both worlds. 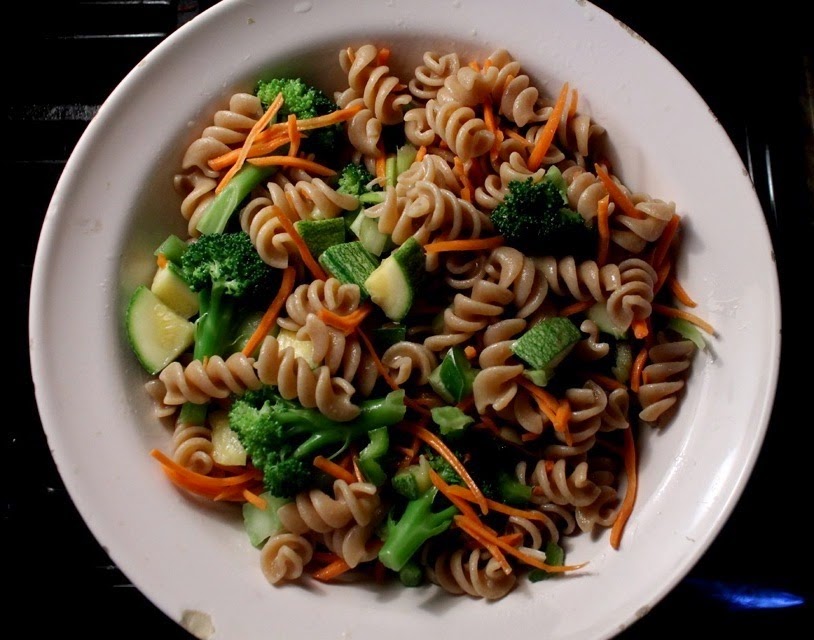 Green bell peppers are cheaper than red and yellow ones, so that's what I usually get. Mexican squash is cheaper than yellow squash. Broccoli is frequently on sale and celery is cheap everywhere. 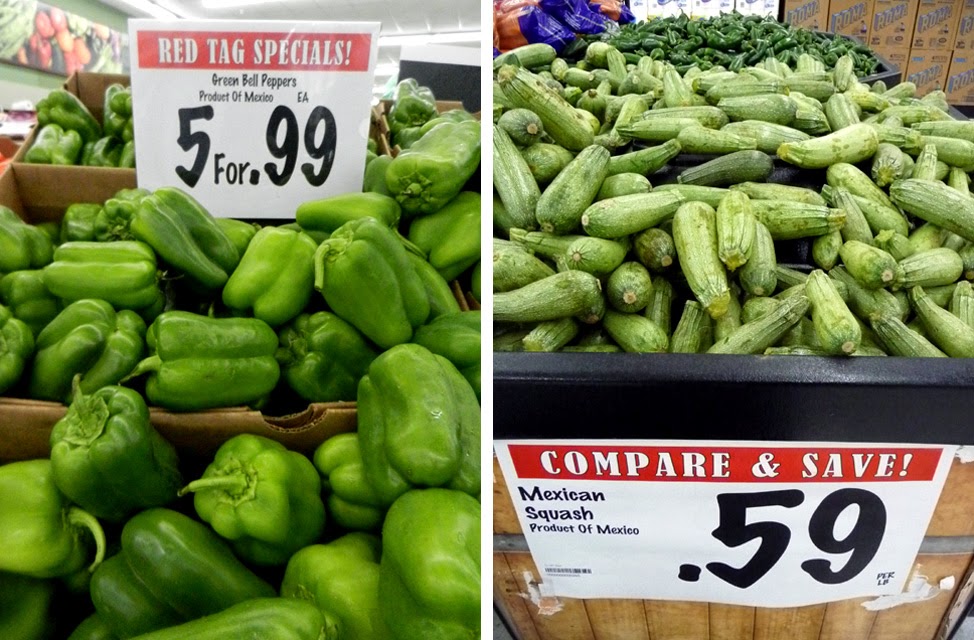 Just because I'm a cheap$kate, doesn't mean I have to eat unhealthy. I've gotten gluten free and whole wheat pasta from my local 99c only Store. It's not always there, but when it is I get a few packages. I like the flavor and it's good to mix it up, instead of always cooking with regular white flour pasta. 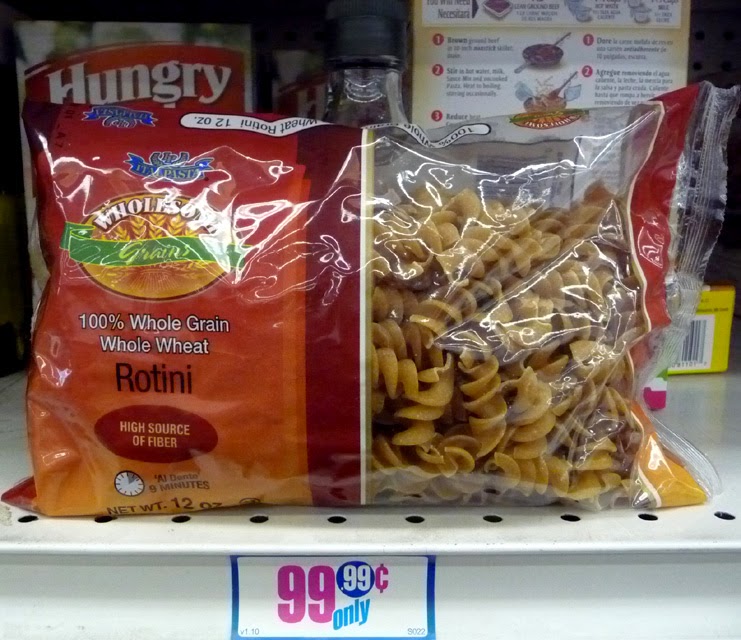 When making a Veggie Pasta Salad, you want to taste the veggies raw, just to see if you like it that way. If not then try blanching them in boiling water for a minute or two. This takes out the harshness, and leaves a more mellow and subtle flavor. It also removes any slight bitterness you may detect. But I find most veggies are delish even raw - once you've tried it that way a few times.

Broccoli, squash, asparagus, corn, green beans and cauliflower do well with a quick blanching. Carrots, onions, celery, cucumber, and tomato are easily eaten raw. As for the amount, you can adjust to your veggie preference. 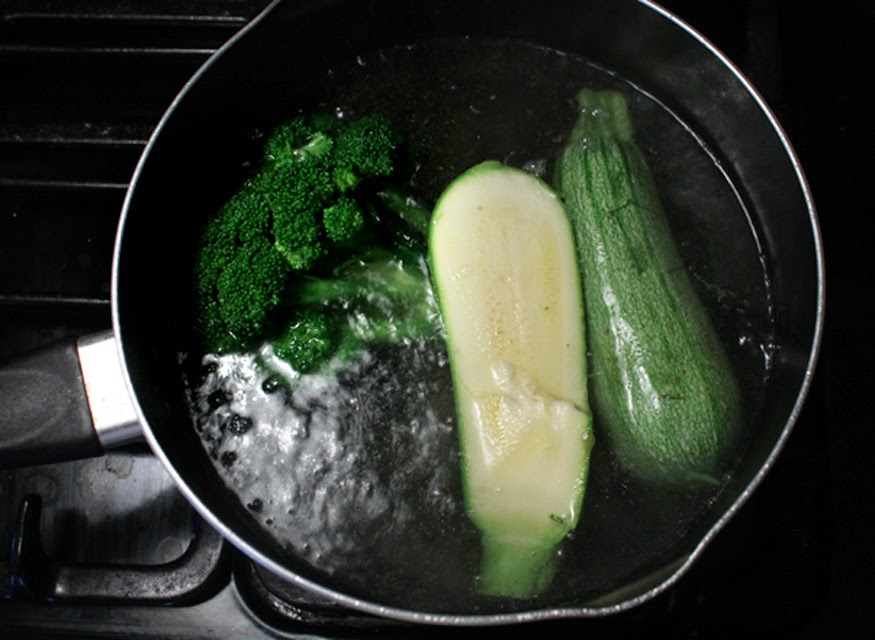 Veggie Pasta Salad can be made with almost any vegetables you find on sale. As for the salad dressing I like to use vinegar and olive oil, although you can use any store-bought salad dressing you like. It's really simple and quick to make one. While the pasta boils, just chop the veggies. (And I usually blanch some selected veggies first and use that water to boil the pasta in - hey, it's extra flavor.) 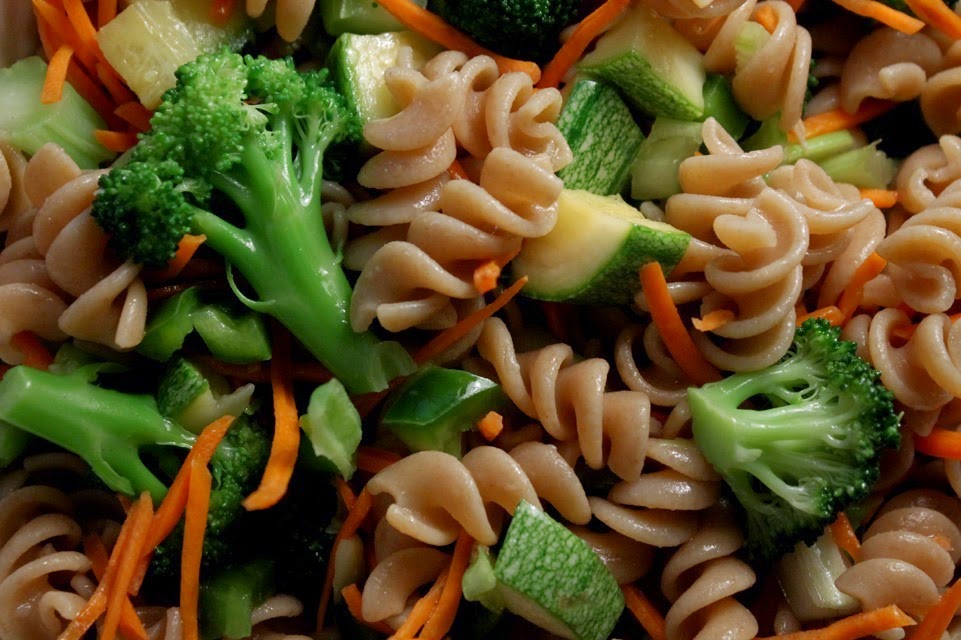 And if you don't want to deal with chopping a bunch of veggies, just get a favorite frozen package medley like Italian, Oriental, or combine a couple of packages. 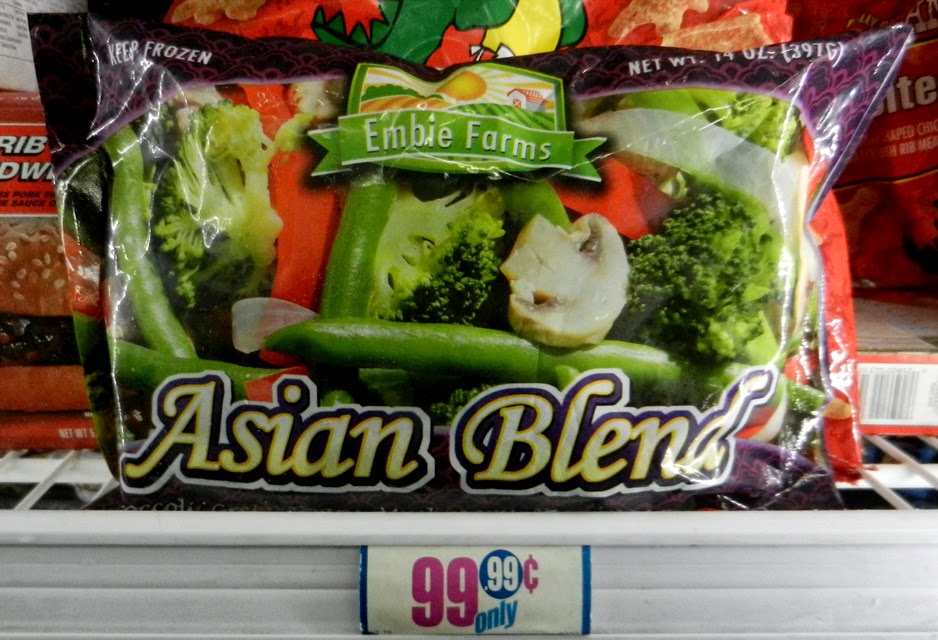 My Veggie Pasta Salad is even better the next day and makes a great meal to pack for the workweek. So give it a go, and let me know what veggies you add. 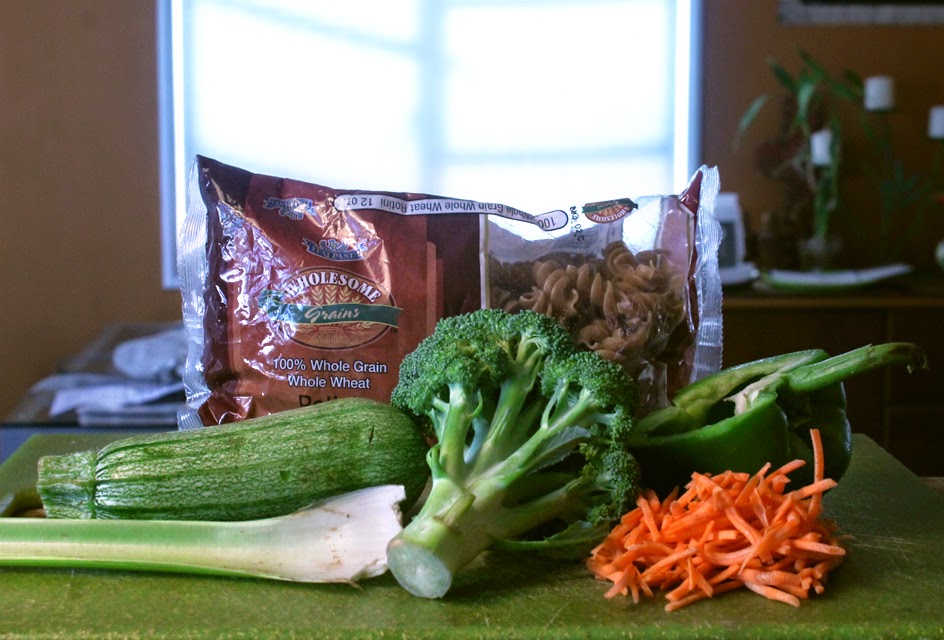 Pasta Dressing
*You could also use a favorite store-bought salad dressing.

Directions
Rinse off the veggies. Most just need some chopping and peeling. It's not too much prep, really.

Cut off tough and dried-out end of celery root. I peel off some of the celery treads off the rough side. You can use a potato peeler, or just take a knife and peel away some of the strings (you don't have to get them all.) 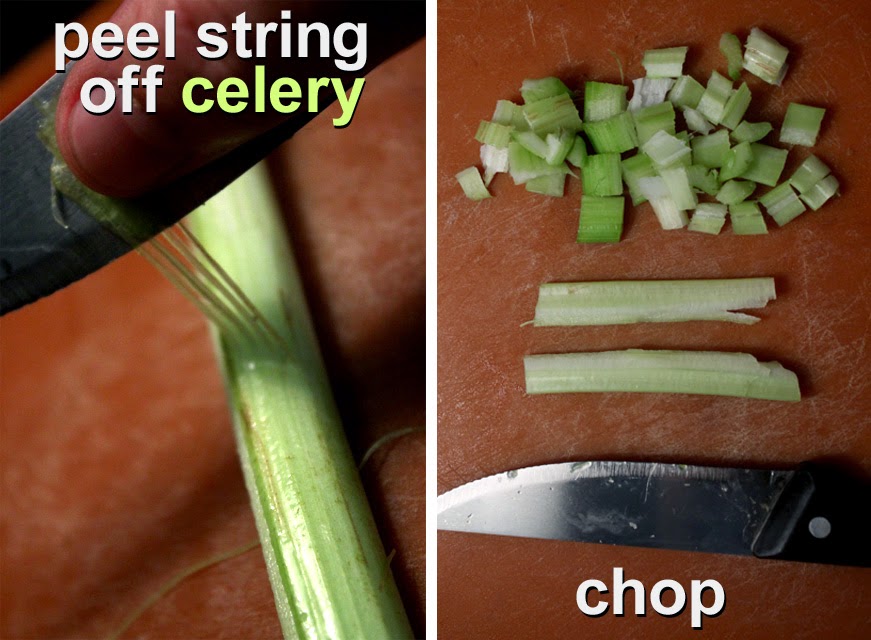 For bell pepper, slice it in half, from stem to bottom. Remove the seeds and white membrane from the inside of the bell pepper. Chop it into small pieces. For this recipe I used half a bell pepper because I find the flavor very intense. 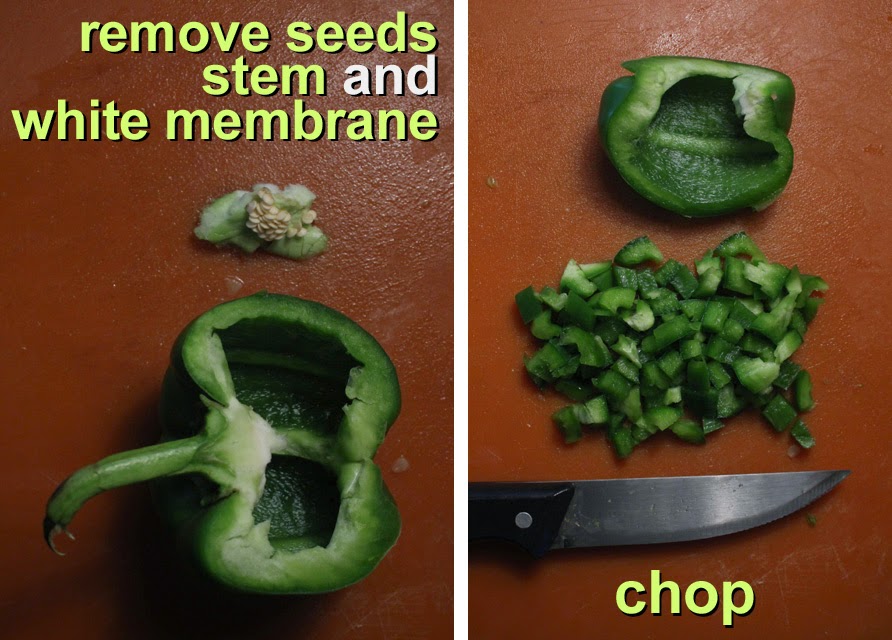 I like to blanch some of  the veggies first. Slice Mexican squash in half, lengthways. Chop off tough stalk end and peel some of the broccoli stem, this will help tenderize the stalk when blanching. 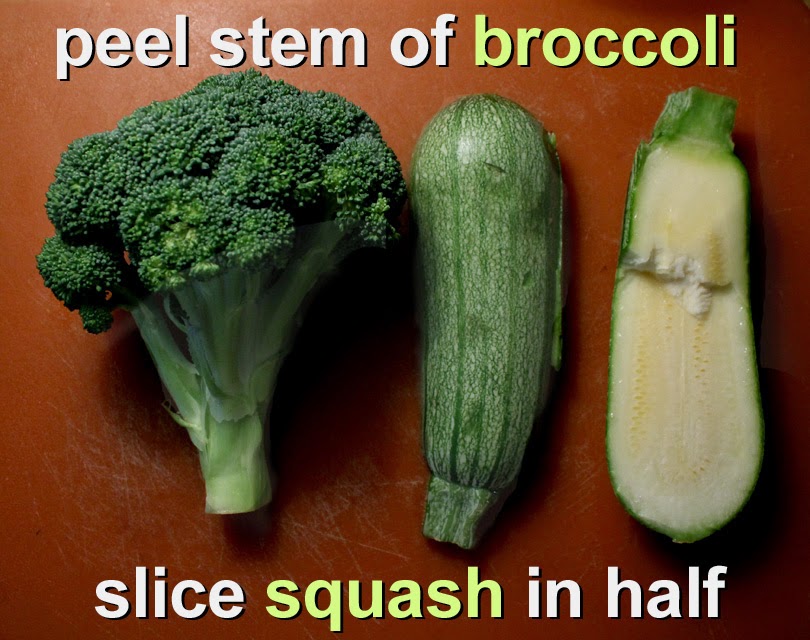 When a pot of water comes to a boil then add the squash and broccoli. I usually cook the veggies about 1 to 2 minutes - just enough to slightly soften them. You don't want to overcook them until they get mushy. I think it's better to slightly undercook so there is some crunch left. 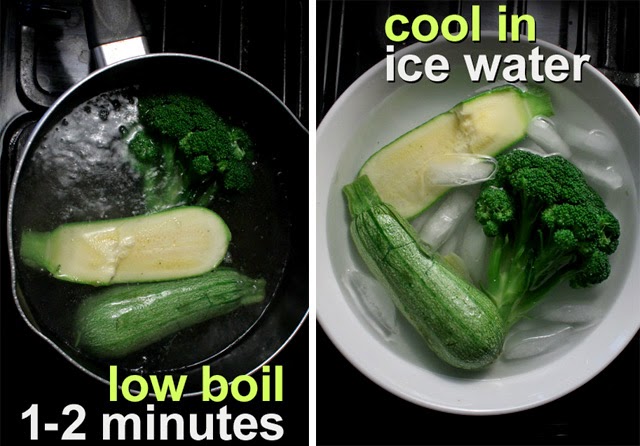 Remove the broccoli and squash to a bowl of cold water with ice cubes to stop the cooking. Or put the hot veggies in a colander and run cold water over them for 15 seconds or so.

Now I add salt to the water and cook the pasta according to the package directions.

While the pasta cooks, and once the broccoli is cooled, I break off the florets and chop the stem into smaller pieces. I also chop the Mexican squash into bite-sizes.

When the pasta is done, drain and run cold water on it to stop the pasta from over-cooking.

Now time to bring it all together. Add the pasta to a large bowl, along with all the veggies.

Pour in the vinegar and oil. Mix the salad well. You can add or subtract the dressing amount to suit your taste. Finally sprinkle on some salt and pepper (optional.) 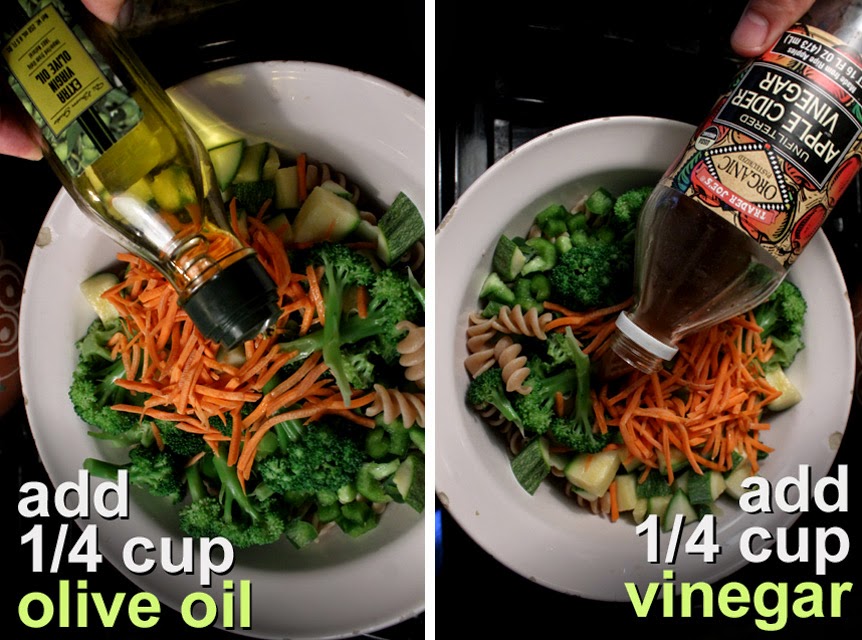 Keep the Veggie Pasta Salad in the refrigerator until you are ready to serve.

You can make this salad with any fresh veggies you like, I sometimes add cherry tomatoes, too. The amount of each veggie can be adjusted to your preference - if you like a lot of broccoli, then add more. If bell pepper is too pungent, then leave it out. Use this recipe and make it to suit your taste buds and pocketbook. 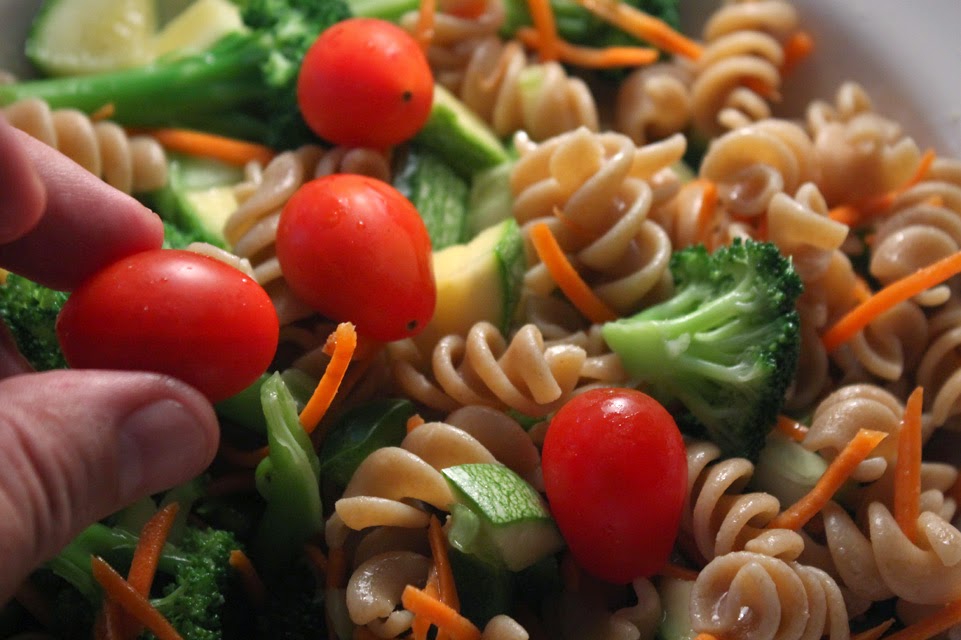