Veggie Burger - Deal of the Day

My latest Deal of the Day is good and bad. The good is all the natural ingredients, but flavor is badly lacking. You get two Veggie Burger patties by Chef Ernesto, that I bought at my local Dollar Tree discount store. It's basically a disc of mashed potatoes with some veggie pieces sprinkled in. The balance is heavy on potato and light on other veggies. 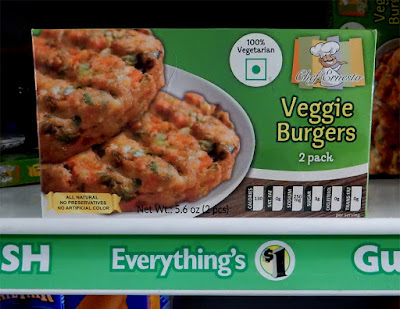 I made a Veggie Burger, since that's what the package said. Just the normal lettuce, tomato, pickle, mustard and mayo on a bun. It was a light meal and as filling as a small fast food burger. 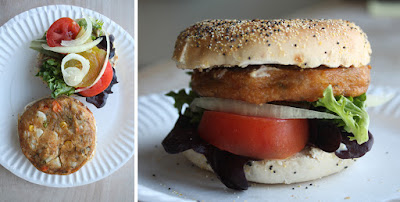 A microwaved patty makes a mushy bite. It would have been better if the patty was crisped-up with sauteing? Anyway, the patty squashes flat after the first bite. 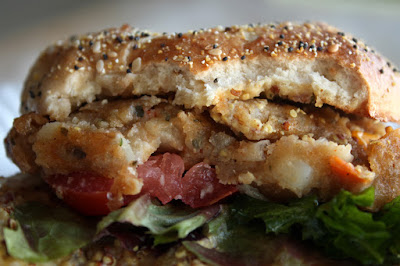 The mashed potatoes are plain and bland. I detected a few small chunks of boiled potato. The patty is quite hot when microwaved, so you need a spatula to load it on a sandwich. It's easier to handle plainly on a plate. 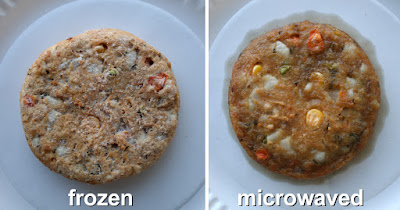 The veggies are small but you can still taste a little flavor, especially the whole corn kernels. Other veggies are bell pepper, green beans, onion and carrot. Ginger was also listed but I could not detect it flavor-wise. 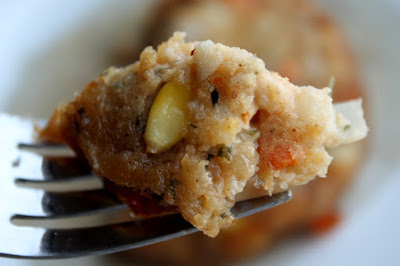 The big reveal is how spicy-hot the veggie patties are; and probably why this Deal of the Day ended up in the Dollar Tree. If they would have put the spice level on the box, then maybe the right clientele would select it. A kid would not be able to handle the heat, unless they are used to spicy food. I noticed on the box that the patties are a product of India, so maybe the spice level was just lost in translation? 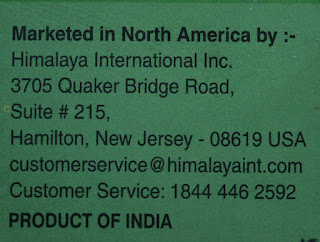 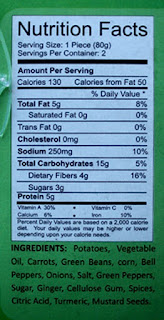 Also I'm surprised how humdrum the patty is, especially coming from a country with so many pungent and delectable spices.

Vegetable Oil is number two on the ingredient list, so some of the sogginess could be from too much oil. And just look at the amount left after heating -- I suspect the veggie patties are deep fried (see microwaved photo above.)

So on my Cheap$kate Dining Scale of 1 to 9, 9 being best, I give Veggie Burgers a 4. It's not bad, just a bit bland and pedestrian. If you like plain mashed potatoes with a few veggie pieces, then go for it - it's only a buck.

My sister Denise makes a delish Veggie Patty made with fresh sauteed eggplant, just check out the video below to see how a delish Veggie Burger is made. And click here to see all the tasty recipe photos and cooking text.