Mac & Cheese with Caramelized Onion & Herb - Deal of the Day

This a one rich and very creamy macaroni and cheese meal. And they pack a lot into the container, so I was full when I reached the bottom. I liked my latest Deal of the Day find: Homestyle Macaroni & Cheese with Caramelized Onion & Herb. 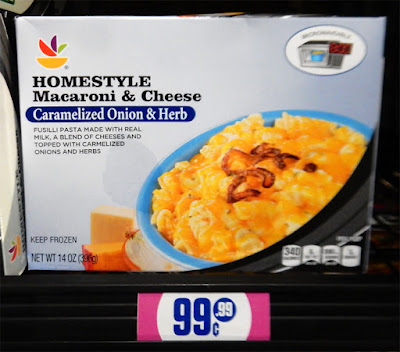 If you are looking for diet food, keep moving - you can see an oil slick when this meal is bubbling hot. And the cheese is not low fat either. Carbs? Yep, and plenty of gluten, too.

The taste leans towards the sharp flavors of cheddar and Parmesan cheeses. Herbs are listed, but they are barely there, at least in taste.

The cooked macaroni is a little on the mushy side. I microwaved in one minute increments, so as not to overcook it, knowing that typical frozen pasta is notorious for being too well done in the factory processing stage. 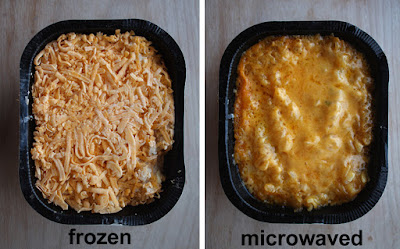 While a little soggy, the mac still had a little resistance when bitten. There is a nice chewy hard band of cheese on top that usually comes with oven baking. 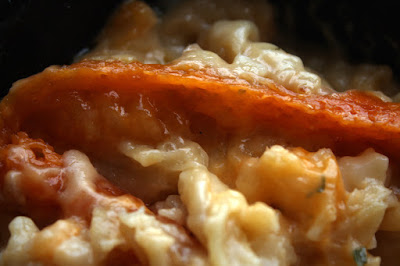 Now, for caramelize onion? Hmmm....not very much really. The package shows crispy brown onions on top, as you can see they are not there. When I found them, they were minuscule and mixed into the macaroni and cheese.

You could detect an under-taste of cooked onion the more you ate the meal.

I would have liked bigger bites of sweet caramelized onion - that's why I bought this frozen meal. 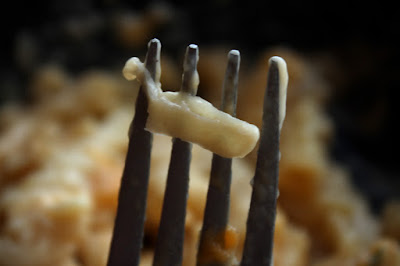 A microscopic piece of caramelized onion.

The ingredient list is small for typical frozen fare and this meal is not over-processed. 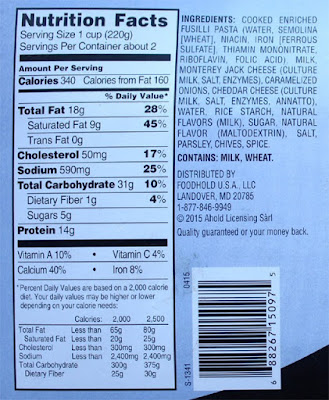 Now I'm not complaining too much. While a tasty version of homemade mac and cheese, it just falls short of what's described on the package. But I would still get this frozen fare anytime. It could have scored a perfect 9 if the tease of package advertising was truthful.

So on the Cheap$kate Dining Scale of 1 to 9, 9 being best, I give Homestyle Macaroni & Cheese with Caramelized Onion & Herb a hearty 7 ! Well worth the price of 99.99 cents. 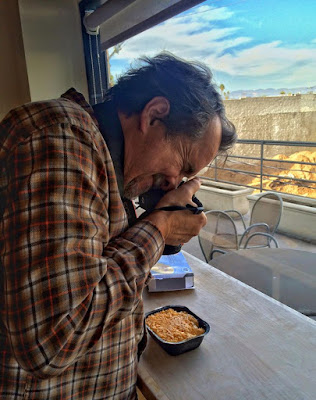 If I was on death row I would ask for Frozen dinner Trader Joe's Mac & Cheese with green chilies. Its not cheap and my husband thinks I am nuts. I will try this one.

hi Rhonda, I think you have good taste ;-p