Plump and pungent in a small package, my latest Latin-style Deal of the Day is worth a second bite. 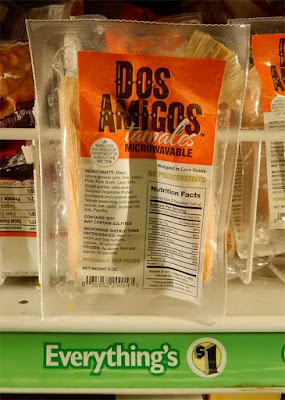 I unearthed tamales by Dos Amigos from the frozen deli case at my local Dollar Tree. You get two for a buck. Right off the bat, not a bad deal. The tamales are wrapped in corn husks, Mexican-style. 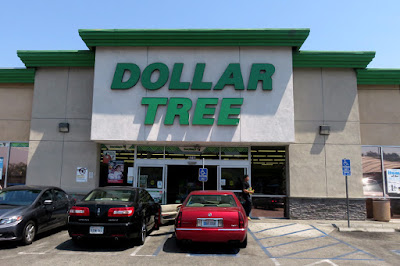 You have to read the fine print under Ingredients on the front of the package to discover if the tamales are cheese, veggie, fruit or meat filled. The tamales I purchased are made with pork. 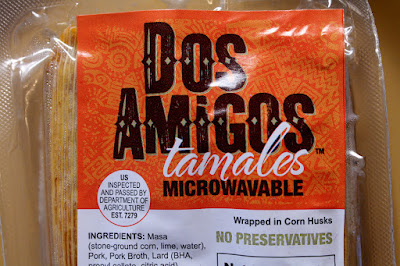 The cooked pork is halfway between ground and shredded, and you get a good amount. Often tamales are skimpy with the meat, not so here. The pork is steeped in zesty chili pepper spices. 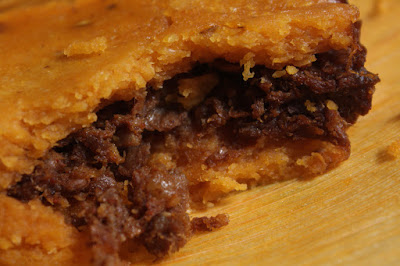 The spice mix is well balanced with a slight tongue-tingling heat that slowly builds. The overall flavor is similar to enchilada sauce, what one would expect. I was not disappointed. 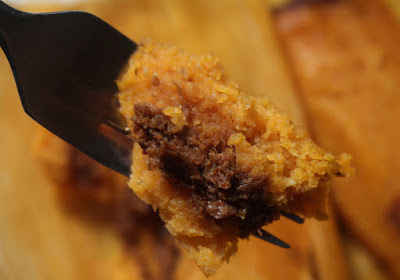 I microwaved these suckers like the label says. Since tamales are normally steamed, I made sure to wrap them in a damp paper towel to keep moist during defrosting.


It only took a couple of minutes for tamales to reach steaming hot.

A tamale rises or falls based on the corn husk-covered steamed masa. And masa can be too dry and crumbly, like eating sawdust, at it's worst.

The ground corn masa coating did not dry out like I expected. While not as moist as the best tamales you would get at a Mexican bakery or grocery, these retained a soft texture, but there were a few dry flaky spots. Next time I would steam these tamales, instead of microwaving. But overall not a bad texture. 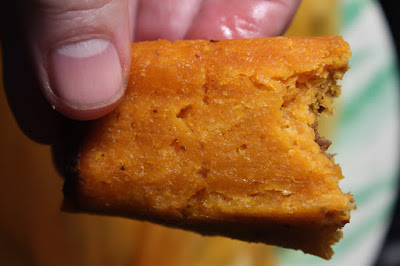 The corn masa was not gritty and the flavor was mild to contrast with the intense chili spices in the pork filling. Overall a nice balance of corn and pork flavors.

The two tamales are small, just short of four inches in length, but you get two fat ones for a buck, so no complaints here. 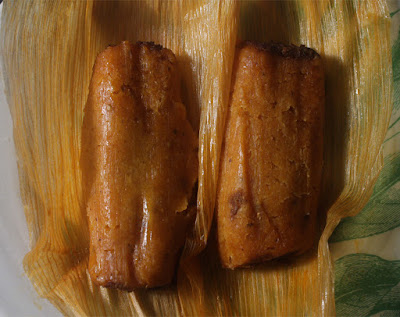 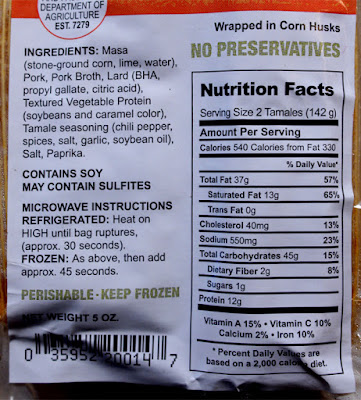 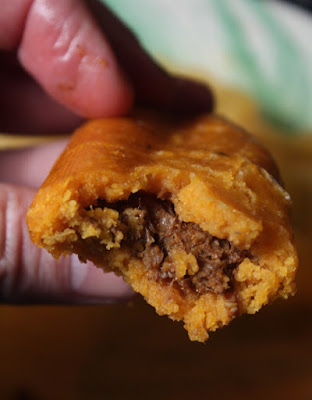 I also like that the ingredient list is short. They seem a little on the oily side, so not a low-calorie meal. But it's a small amount overall, in a  plump package.

So, on my Cheap$kate Dining Scale of 1 to 9, 9 being perfection, I give Dos Amigos tamales a tasty 6!

I can recommend my latest Deal of the Day from the Dollar Tree. While they won't replace tamales you get from the neighborhood street vendor, they're enough to temporally satisfy an attack of tamale-fever.