Just in time for the Oscars, The 99 Cent Chef throws his whisk into the competition for Best Short Film with his latest video. Set in Joshua Tree, California, my video showcases epic desert scenery, a 127 Hours movie spoof and an Oscar-worthy special effects scene featuring a flying breakfast burrito! 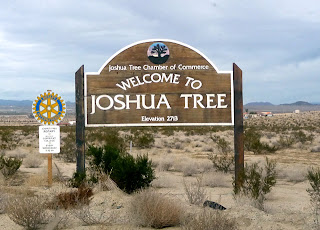 The Chef and his missus took the hour-and-a-half drive to Joshua Tree to ring in the 2011 New Year. Joshua Tree is a mystical place were outsiders go to commune with nature. It's a small desert town with a big spirit. 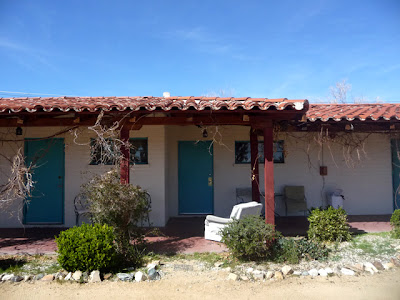 We stayed in room 8 of the storied Joshua Tree Inn, notoriously known as the room where cosmic cowboy and alt-rock musician Gram Parsons OD'd. 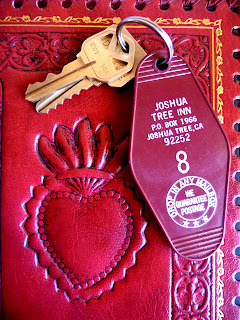 If you have never heard of Gram, you have certainly heard his influence all over the radio. In the 1960's he combined country and rock into an intoxicating moonshine mix that many musicians, including The Rolling Stones, Eagles, Lucinda Williams and Ryan Adams drink from.


He has an international following, and the hotel room has a guest book to leave a personal message. If you stay there as we have, be hospitable when other guests ask to see the posters and other memorabilia, including an inscribed Tanya Tucker trucker hat! 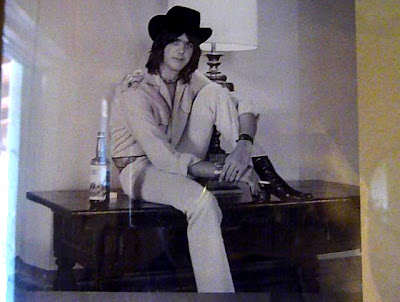 Gram Parsons was a member of the Byrds and the The Flying Burrito Brothers. Just click here to see Wikipedia bio. He checked out forever at 26, but his influence lives on. Hit the play button below for a video of Gram Parsons in action.


Flying Burrito Brothers Video - Gram is on the left. 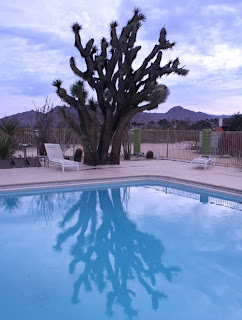 Many locals and out-of-towners go to Joshua Tree National Park on New Years Eve night and perch on a boulder to take in the wide starry sky. This year it was bitterly cold, so after taking in a concert by country-rock band I See Hawks In L.A. at the venerable Pappy & Harriet's roadhouse (free admission and $2 beer), we holed up in Room 8 and toasted the New Year with tequila, wine, salami, and cheese while serenading and shaking maracas and tambourine, as a friend strummed her guitar.

The next day we went exploring in Joshua Tree National Park. The majestic Joshua trees are twisted exclamation points strewn throughout the landscape, while all manner of rocks and boulders create wild structures calling out to be climbed. 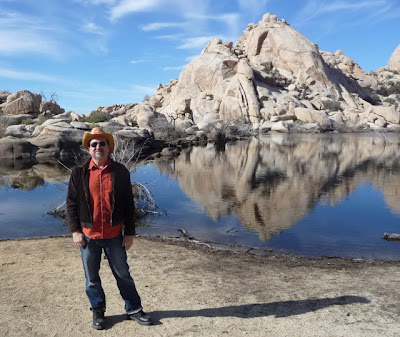 And explore we did, as you will see in my 127 Hours movie spoof  (official movie trailer here.) While it took the main character 127 hours to get out of his scrape, it takes The 99 Cent Chef only 127 seconds!  After all, I have hacked many a whole chicken.  But you are more likely to guffaw than faint - this is nowhere near as grisly as the movie. And you know what a cut-up The 99 Cent Chef is! 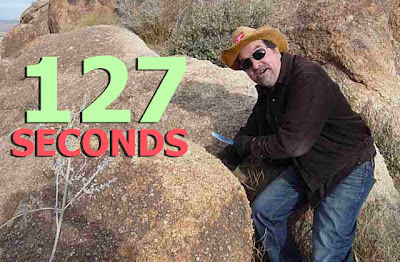 And finally, break bread with The Chef as he tries to dine on a Flying Breakfast Burrito!  This isn't easy eating, but it's worth every hard-earned tasty bite. 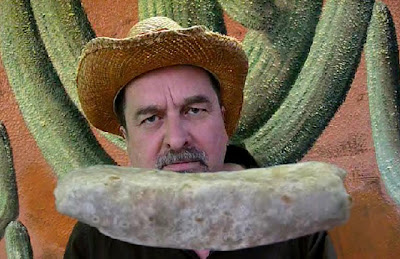 So gather your family and friends around the computer screen to view my Oscar-worthy travelogue:


Here is Amy's guestbook entry, from an earlier visit (click on image for larger view): 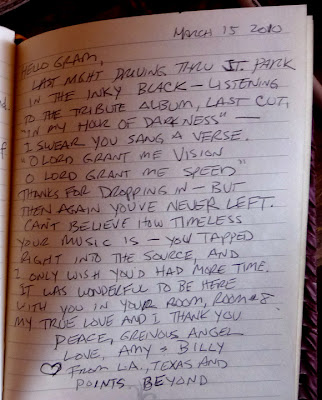 You're a hoot. Loved seeing the desert--haven't been to the desert since I was a kid. It has an odd appeal, almost cosmic and I've been wanting to return. Our son and dil moved to TX not long ago so next visit we may just go further west. And sitting on a boulder under the stars on New Years Eve--awesome way to celebrate. A starry night sky is sort of like the ocean--both are awesome and full of wonder.

I was a teen in the late 60's, and familiar with the Byrds and the Rolling Stones, but never heard of Gram. His music is more country than rock to my ear (I watched the video).

The motel reminds me of the ones we--me, mom and dad and sibling-- stayed in when we travelled out west...a neat retro experinece I bet.

Though I think I'd prefer a room where no one had expired, LOL. I think the spirit world is as real as this physical world. If we could see the unseen beings, including the heavenly host, we'd be dumbfounded I think.

Thanks for sharing your experience. Now I want a burrito.

So funny and interesting at the same time. Hope what's left of your arm heals ok. Love, Mom

Big time Flying Burritos fan here so loved this entry. So thanks a lot and keep those 99¢ recipes coming for the new Depression