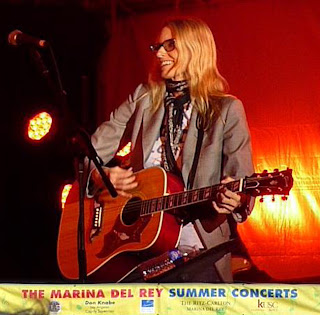 Nothing goes better with a free concert by a folk-rocker in the park than delicious picnic sandwiches by The 99 Cent Chef.  My wife didn't have to drag me to Marina del Rey's picturesque Burton W. Chace Park to see songstress Aimee Mann -- especially when all we had to pay for was parking and a few picnic ingredients.

So last Saturday, we hit the freeway for a show that spanned a beautiful summer evening from sunset to full moon. At an outdoor stage in the marina's waterside park, we found a hilly spot right there, and laid out my sandwiches on a blanket, then opened our first bottle of wine. The crowd was a local mix of families and hipsters. Aimee started right on time (7pm). She played a great show, with a sliding, tuneful, lead vocal, while strumming amplified acoustic guitar, accompanied by her band. The show inspired me to film and edit a recipe video underscored by her live performance. 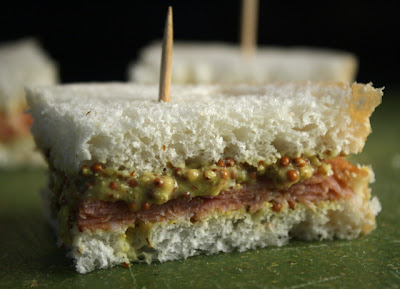 For our picnic, I easily assembled the sandwiches from ingredients from my local 99c only Store and Latin market. For my first sandwich recipe I made a Salami and Dijon on Sourdough. The 99c Store has recently been stocking higher-end 3.5 oz. packages of Hormel Genoa and Hot Sopressata Salami. I especially like the Sopressata -- it's lean ground with white flecks of marbling. I also picked up a great Country Dijon by Morehouse. This condiment is rough ground whole mustard seeds -- popping with tangy flavor. I served it all on sourdough bread, but you could use any bread or roll you have on hand. 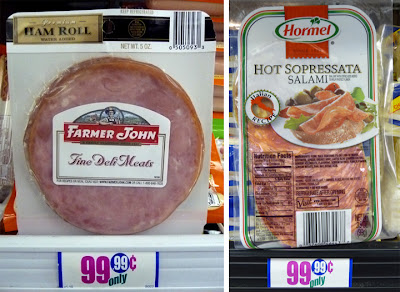 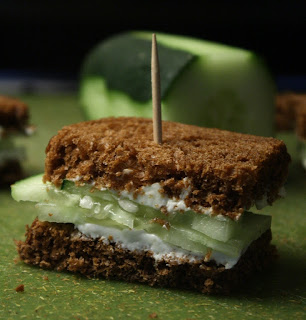 I would guess that Aimee Mann is more vegan than carnivore. So for my next sammy it's a Cucumber and Cream Cheese Sandwich. I found dark Russian bread, which has a nutty flavor, but you could also use pumpernickel for a traditional tasty tea-time finger food. I like to peel off about half the cucumber skin so the bitterness is reduced. This is a creamy and crunchy refreshing bite between two slices of bread. To go totally vegan, you could substitute hummus for cream cheese (my basic hummus recipe is here.) 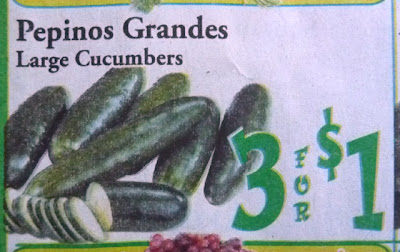 And finally, my most controversial picnic basket addition: a French Ham Sandwich. You can be sure Mr. Ludobite (the 5 star Beard awarded French celebrity chef Ludo Lefebvre) would flip his beret and scream profanities if he saw what I use for ingredients in his homeland's namesake sandwich (click here to see Chef Ludo throwing a hissy fit.) 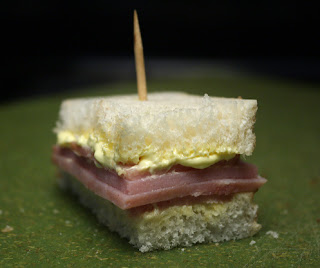 A typical French Sandwich is simply made with butter, ham, cheese, and crusty French bread.  I would normally make it that way too, but since this is a blog for cheapskates, I used imitation butter and slices of Farmer John's "Ham Roll !" Now, was it as good as a Parisian sidewalk cafe classic? Of course not, but no one in our party complained. You can make it with expensive ingredients to impress your  foodie friends, if you have the dough.

So for your next summer outdoor concert, feel free to make any, or all, of my Picnic Sandwiches. And if you like this musical recipe video, be sure to also check out my video of conductor Gustavo Dudamel leading the L.A. Philharmonic at the Hollywood Bowl. His "Rhapsody in Blue" becomes the soundtrack while his namesake hot dog is assembled at Pink's, L.A.'s most popular fast food joint. To view it, just click here.

Play it here. The video runs about 7 minutes.

To view or embedd from YouTube, click here.
Aimee Mann's website: http://www.aimeemann.com/
And she plays the Hollywood Bowl tonight in a Joni Mitchell tribute, info here.

Directions for Salami and Dijon on Sourdough Sandwich
On 2 slices of bread, spread Dijon mustard. Layer on slices of your favorite salami. I used thin-sliced, so about 6-8 slices per sandwich. Slice into quarters and fasten with a toothpick. 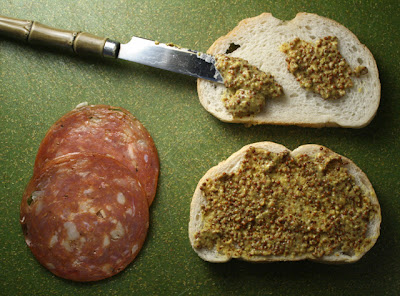 Directions for Cucumber and Cream Cheese on Russian Bread (or Pumpernickel)
Smear cream cheese thickly on Russian or pumpernickel bread. I like to peel off half the skin from my cucumbers. I also slice them pretty thin (see photos.) I used about 4-6 cumber slices per sandwich. Layer on the slices. Cut sandwich into four rectangles and hold together with toothpicks. 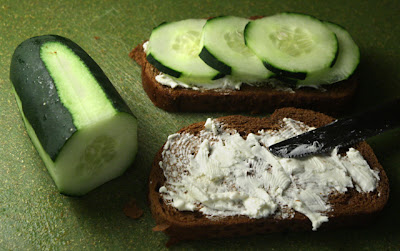 Directions for a French Sandwich
I spread a thick layer of margarine on a couple of slices of French Bread -- you can substitute with real butter (room temperature.) I often pick up real ham slices at my local dollar store, but this time I used 2 slices of a Ham Roll by Farmer John (surprisingly, quite good.) Again, slice sandwiches into quarters and fasten with toothpicks. I left out cheese, but a good addition would be a slice of Swiss cheese. 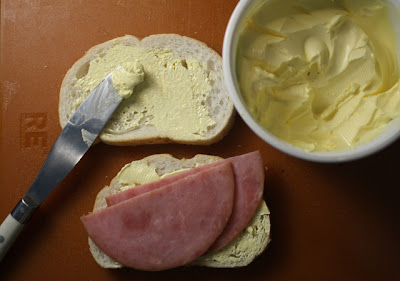 If you are making your sandwiches ahead of time, make sure to store in the refrigerator. They will come to room temperature by the time you reach your destination.