From hip to haute, and old school to ethnic, The 99 Cent Chef covers it all in his latest nighttime noshery survey, Restaurant Nocturnes IX. With more than 180 different restaurants photographed here during the last two years, this unique peek into L.A.'s evening victual ritual keeps getting better over time -- like fine (but inexpensive) California red wine. 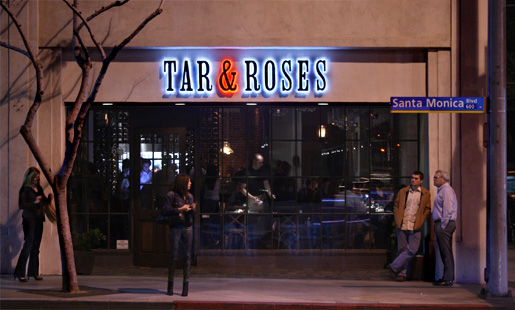 Listen in as locals order their favorites; or to a Maitre d' listing menu highlights. And feast your eyes on a vibrant array of restaurant facades lit up in nocturnal neon as patrons busily come and go. Voyeurism has never been so appetizing!  Included here is a baker's dozen (13) L.A. restaurants captured on audio and video for you to peruse from the comfort of your computer chair. 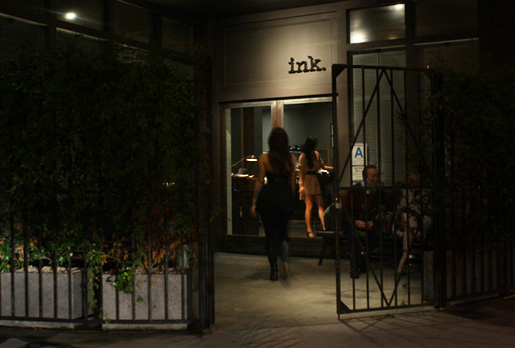 Showcased is the coolest restaurant in West Los Angeles, ink., where tattooed owner/Chef du Cuisine Michael Voltaggio dabbles in molecular gastronomy. At ink, he serves an ever-evolving five-course tasting menu for $80  (the audio captured here is from early March). Grilled Monterey Squid,  Foie Gras, Skate Wing, Beef Cheek and Carrots on a bed of Coconut Ice with a Coffee/cardamon Soil, anyone?  Then again, sometimes all you want is something simple and satisfying and cheap, like a gooey bean and cheese burrito for $2.75 from Boyle Heights.  Check out the locals feasting at Al & Bea's, where they've been stuffing and folding burritos since 1966. 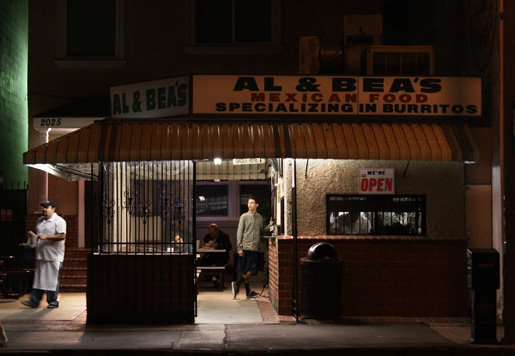 Koreatown offers the freakiest sashimi dishes in LA -- as in raw, alive, squirming tentacles of octopus! Don't worry, I won't test your gag reflex with footage of that, but you will hear the proprietor of Masan Agujjim boast about the superiority of Korean "live" sushi, over the Japanese use of frozen (then thawed) fish for their sashami. (Okay if you insist, here is a YouTube video of live sliced octopus being devoured, just click here -- obviously not for the squeamish.) 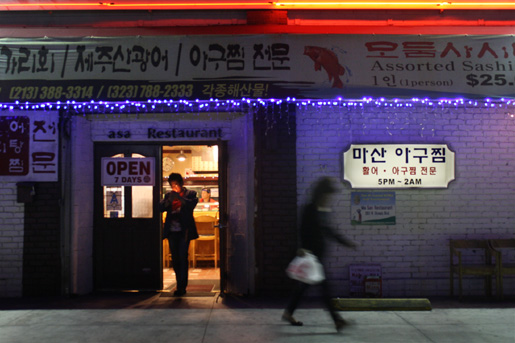 After that, you''ll want to get back to familiar comfort food, and by that I mean soul food. I live in South LA, in Baldwin Hills, so I know the cuisine very well (be sure to watch one of my favorite local restaurant video reviews here.) Check out my 35- second video clip of the newest addition to our diverse neighborhood. A frequent guest on the Food Network, Chef Govind Armstrong (of Table 8 and 8 oz. Burger Bar) just opened Post & Beam - his updated spin on traditional African-American cooking. Listen in as the hostess describes lip-smacking entrees including: Braised Boneless Beef Short Ribs, Cast Iron Natural Chicken, and Black-eyed Peas with Sweet Potato. 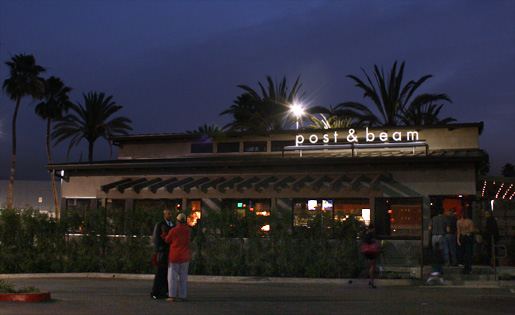 Or, you can get the low-down as the window order-taker, from J & J's Burger and BBQ joint on West Adams Boulevard, name checks all their succulent smoked meat highlights. 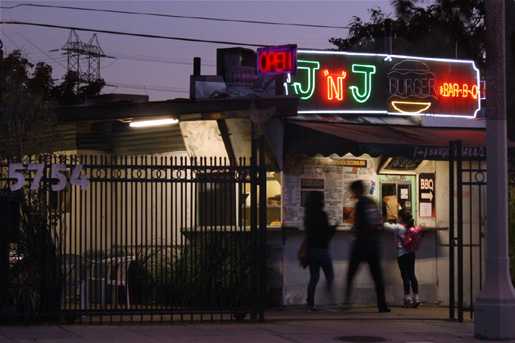 So whether you're curious about dining destinations for Japanese noodles and curry rice in Downtown LA, or Persian shish kabobs on Westwood Boulevard, I have some tasty leads in the video below. 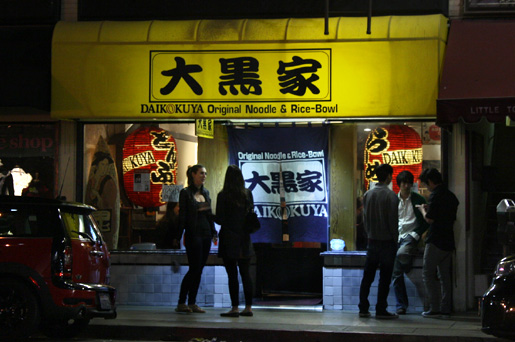 And as usual, I give you a list (in order of appearance) of the restaurants I shot, along with links to their websites -- if they don't have one, an online review link is provided. Just click on any restaurant name in my list below. And now, fasten your seat belt for the latest video by your midnight-rambling culinary local tour guide, The 99 Cent Chef.