And here in Los Angeles the clashing continues in the Cheap$kate Cocina. For my latest recipe roundup, it's Mexican versus the French, redux, and the battlefield is the palate. Can we all get along? Forget about it - bring out the heavy artillery and let's duke it out, plate vs plate. 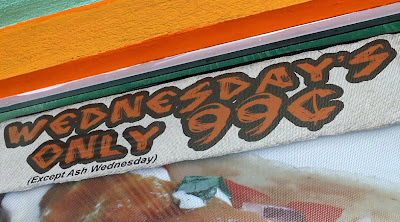 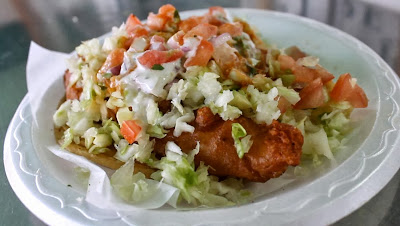 The Fish Taco is loaded with a Mexican machete chopped tomato/cabbage slaw that is topped with cream and chile sauce. When you try to pick up the taco half of the slaw is left on the plate, so be sure to get a forked slaw detector and sweep over the plate to get all that spilled. 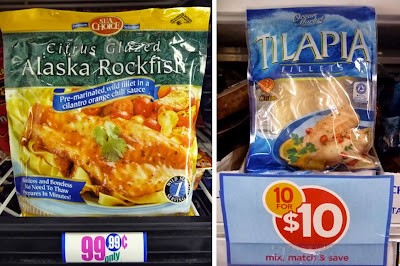 The deep fried batter is well-seasoned and cooked to perfection. The fillet has a thick seasoned crust and the bass fish filet is flaky and moist - a detonated depth charge of flavor. 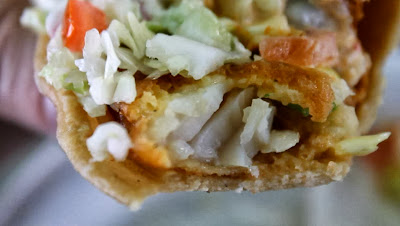 This Mexican pescado taco is a winner, even at the regular price of $1.69 per taco. Your strafed taste buds happily surrender to such crunchy deliciousness. To see what I'm writing about just check out my video review below. (And click here to see my cheap$kate recipe you can make in your own foxhole.) 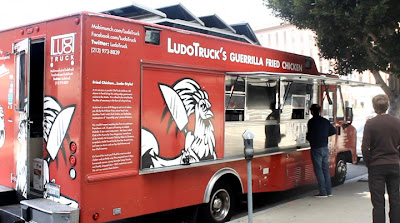 You would think Chef Ludo has all the culinary training to deliver a coup de grace with his fried poultry ordinance. Not so quick mon ami, fried chicken is a Southern staple so you better have a toothsome battle plan. 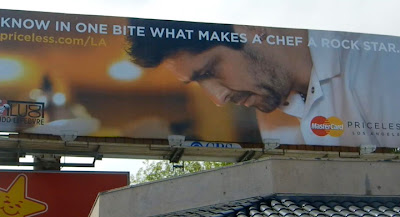 Compared to the Colonel's KFC, the Ludo Truck's Chicken Strips ranks a Private. Fried chicken, when done right, has moist meat with a brightly seasoned crunchy coating. While Ludo's Chicken Strips meet the first requirement, it deserves a blindfold and firing squad for an under-seasoned coating. Chicken Strips start with a handicap -- the skin is usually removed, so the crust has to be exceptional.

Chef Ludo needs to bone up on Southern fried chicken seasonings, especially if Chicken Strips are the ordnance of choice -- or take your fried chicken strips in a more original and delectable direction. 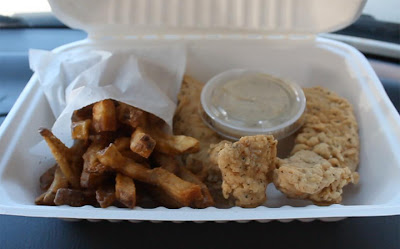 Another item I have tried from Ludo Truck is the French Fries -- and I hate to say it, but no improvement here. Chef Ludo should just wave a white flag and surrender. 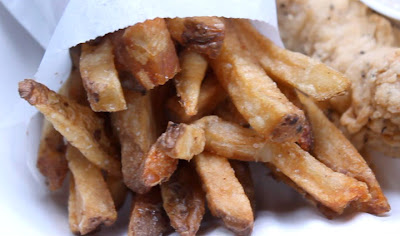 You would think French Fries from Frenchman Ludo Lefebvre would be a direct bullseye hit, wiping out other fries contenders, but they are more of a warhead dud. These French fries are limp and under-seasoned. Maybe because I am more of a Belgian double-fried crispy fries type. (Chef Ludo, you can check out my recipe video for a better French fry by clicking here.)

Even though the Ludo Truck fries seem fresh, and thick cut, almost any fast food burger joint makes them better, even when made from frozen pre-cut spuds. Don't fill your mess kit with this meal, stick to MRE's. Okay, at ease... now check out my video below to get all the so-so tasty details.

So in this battle royale, Mexico blows the French out of the water, and not because it's cheaper, it's just tastier.

Sortie two is War of the Soup recipes: Calabasita vs French Onion Soup.

Calabasitas is a Mexican veggie stew made with a bunker-full of summer squash. It's spicy comfort food, a dish often ordered by my late wife at a local Hollywood Mexican restaurant, and shared over a Happy Hour of frosty margaritas. 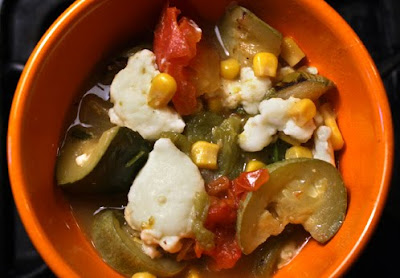 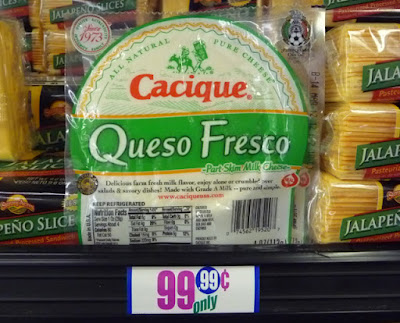 They say the military marches on it's stomach, well Calabasitas is hearty enough to satiate any soldiers appetite. 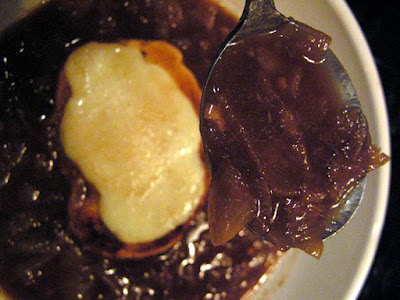 
Sweet caramelized onions in a broth of red wine and beef flavor is a full-on invasion of savoriness. It takes a lot of slow cooking sliced onions to make a French Onion Soup. But the time invested is worth it. And when you add a thick slice of toasted French bread and a slab of melted cheese, well you have to succumb to this flavor bomb.

So in the battle of the soups, the white flag of surrender is waved by Mexico - France gets the win, but just barely. There, you have your revenge for the last culinary resounding defeat. 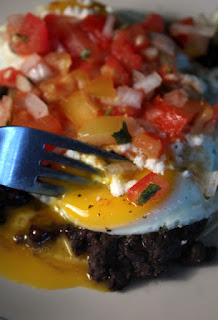 You are hit from all sides with this Gatling gun of disparate flavors. And it's an easy recipe to make. Just heat up some tortillas and refried beans to add to your fried eggs. I prefer Mexican cheese, but you can use what you have on hand. Deliver the coup de grâce with your favorite salsa, either fresh (simple recipe click here) or from the jar.


It's Guerilla vs Classic Warfare. The technique is paramount to make a French-style Omelettte. I took me several counter-offensives to finally conquer it. 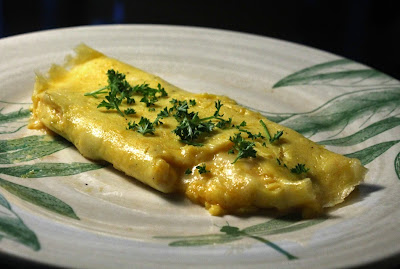 Mainly you gently stir the omelet until it is almost done but still slightly moist, then add the cheese and fold the egg. It's served with a damp interior. 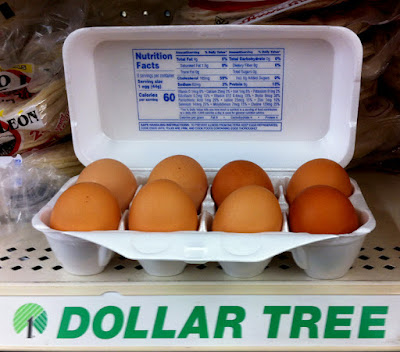 Oh, and you fry the omelet in butter; so in your own battle of the bulge, fitting into your fighting gear will be a lost cause.

Once you've tried my version of a French Omelette, you will never surrender to any other kind. Check out my video recipe below and start your own cooking maneuvers.


So who won the War of Breakfasts? Man, it's a tough decision...I can't decide, so I'll call a truce in this kitchen combat zone - both recipes are victorious!

Cheese makes everything better ! You make it easy to make these recipes, thanks