Move over Canter's and Langer's Delicatessen (our local deli temples to cured and sliced meats) there's a new Pastrami Sandwich in town for National Hot Pastrami Sandwich Day And I have an easy recipe you will want to bookmark, so you can make your own  Pastrami Sammies anytime. 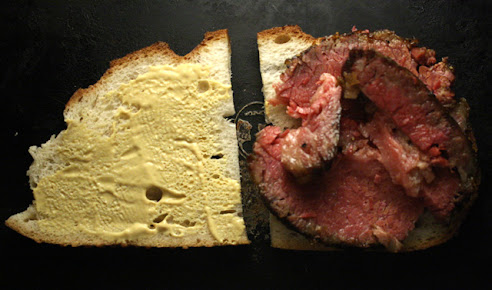 I usually order my Hot Pastrami Sandwich with just mustard, but sometimes I have to go for it with a layer of creamy crunchy Coleslaw (recipe here) also known as a Rachel Sandwich. 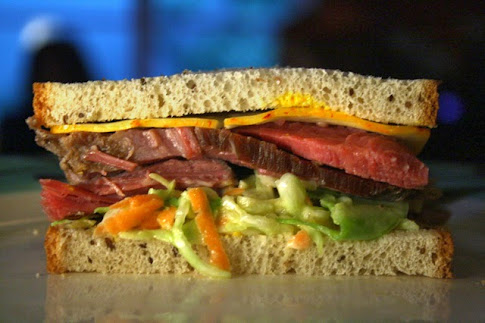 A Rachel Sandwich also has Swiss cheese and Russian dressing served between Rye bread. You'll want to toast the sandwich to get the Swiss cheese all melty and the Pastrami hot. Here is a video of how I make mine using corned beef -- substitute with Pastrami on this auspicious day!

NYC isn't the only game in town for Pastrami. We have our local noshing citadels all over L.A., from Canter's Deli on Fairfax Avenue to Langer's Delicatessen, voted the top-rated Pastrami Sandwich in Los Angeles! 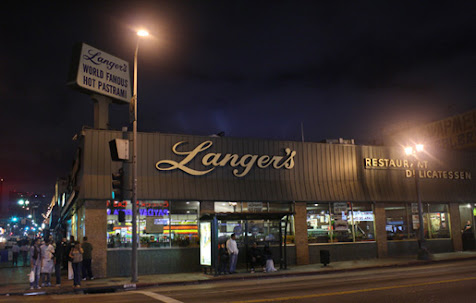 Lately, I've been putting sauerkraut on my Pastrami Sammies. Add Swiss cheese and Russian dressing again, and you have a Ruben Sandwich. 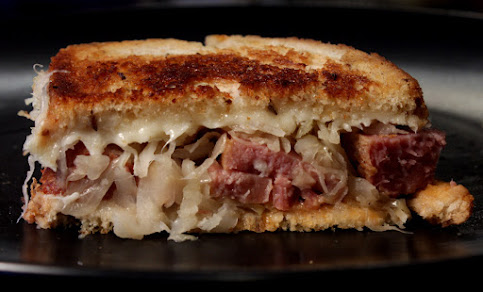 I just use Sauerkraut from the jar or a can and that's tasty enough and cheap too. 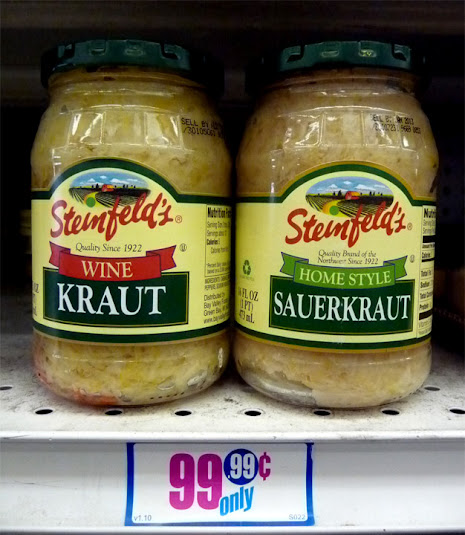 Believe it or not but Rye Bread and Swiss Cheese, well at least a Swiss Cheese blend, show up at my local 99c only Store every once in a while - it's the kind of cheap$kate deal you have to jump on. 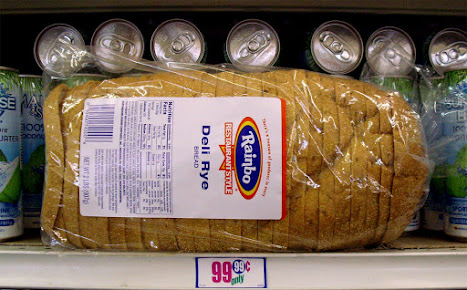 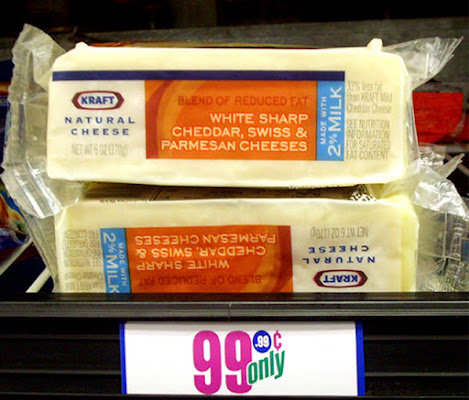 Here's a video of my Homemade Ruben Sandwich, again it's made with corned beef, but that's easy enough to swamp out for Pastrami.

Now if you don't want to spend your hard-earned bucks on a nearly $20 Pastrami Sandwich, how about making a whole Pastrami from a slab of Corned Beef, and for half the price? 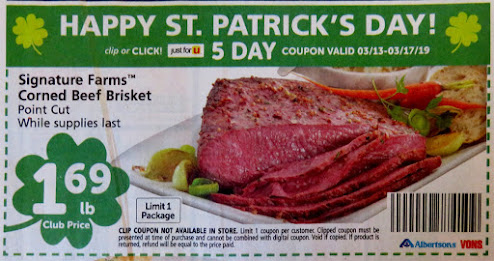 Yep, and this is how I do it. I buy whole Corned Beef when it's for sale during St. Patrick's Day for about $2 per pound. Next, I cook the Corned Beef according to the package directions. Finally, I give it an hour of smoking in my gas grill.

So check out my easy-to-follow recipe and make your own Pastrami Sandwiches at home.
Easy Homemade Deli Pastrami - VIDEO
So is a burrito a sandwich? Hmmm...well, I say it's an honorary sammie.  There is a wild fast food joint in L.A. called World Famous Oki Dog and they make a burrito with two hot dogs, chili, and hot pastrami all wrapped in a large flour tortilla!

I can barely finish one, but if you're a hungry teenager from nearby Fairfax High School then that is not a problem. This culinary car crash of flavors is so outrageous I had to make a video about it.

I'll end this National Hot Pastrami Sandwich Day on a wacky note with my Oki Dog video below -- this may be the only time you will need to take a Tums to get through it.