Sharing its Southern border with the Gulf Coast, Louisiana is all about seafood. And New Orleans style Shrimp & Cheese Grits is a quick way to get some in a delicious regional specialty! See how it's made in my recipe video, the second one I've posted in a full month of spicy Southern Cajun cooking. 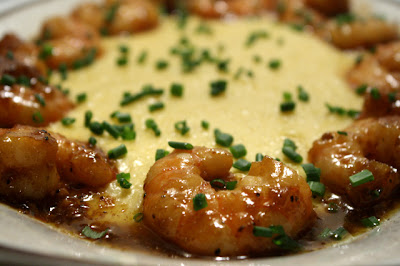 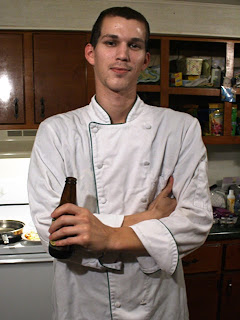 My nephew, 24-year-old Chef Matt Keene, is the first of my sister Brenda's two boys (Brenda is featured in last week's Gumbo video recipe, click here.) Both young men are accomplished cooks -- I guess it runs in the family! Matt's brother, Chef Zakk, cooks up a Blackened Fish & Sweet Potato Hash in a video I'll post in a couple of weeks, so check for that back here.

My nephew Matt has experienced seven years behind the grill since he started out flipping burgers while in high school. He currently chefs at the exclusive Country Club of Louisiana in Baton Rouge. Shrimp & Cheese Grits is based on one of that restaurant's recipes, and Chef Matt is skillful enough to simplify it here without sacrificing flavor. 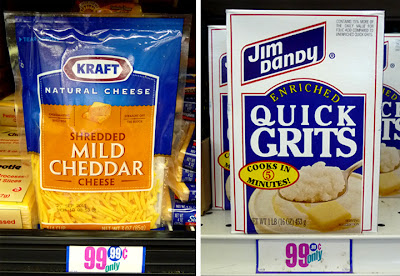 The Country Club uses gouda in Cheese Grits, Matt substitutes cheddar cheese. As for grits, he had instant on hand. Of course, you can use regular, longer-cooking grits -- they're certainly cheap enough.

Grits are made from ground corn, and similar to Polenta or Cream of Wheat -- smooth with a neutral, mild cornmeal flavor. Typically it is there to soak up a breakfast egg yoke, but Southerners are known to eat it any time of day.

Since I'm on vacation, I'll let the Louisiana chefs use their preferred local produce and protein.  But I'll add some lower-cost ideas here and there, such as this: If I were to do this recipe cheaply back home, I would use a couple of 4-ounce packages of frozen bay shrimp, purchased for a buck each from a dollar store, or my local Albertsons Market. 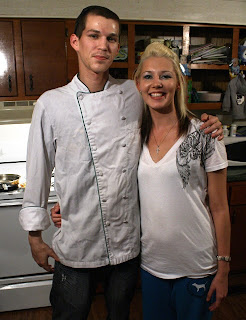 My nephew Matt and his girlfriend Lacee were kind enough to invite Uncle 99 Cent Chef into their roomy trailer kitchen to cook up this yummy Cajun classic. I've always wanted to learn how to make Shrimp & Cheese Grits, and Matt has it down pat.

The only complicated part is the buttery beer sauce. It was tricky to find just the right beer, so I bought a 12 bottle Party Pack of locally brewed Abita Beer. We had many  bottles to try, from Turbo Dog to Jockamo IPA -- and a lot more flavors in between (this video recorded session will definitely make it on The 99 Cent Chef's year end highlight reel!)

After going through most of the 12'er, Matt thought Abita Amber would be best, as it wouldn't overpower his shrimp and butter sauce. I couldn't agree more. I think I could get away with substituting my local cheapie favorite, Miller High Life, for a 99 cent version -- or if you have a favorite brew, try it. 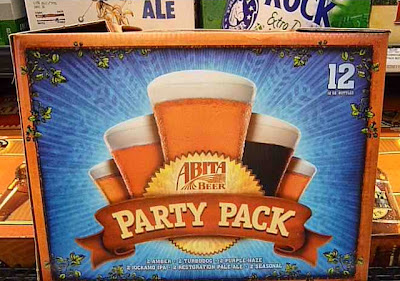 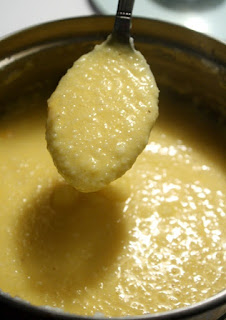 As for cheese, cheddar is cheap, but you could make it with gouda if you wanted to get extravagant. When the grits are hot, both types of cheese blend well - it's a deliciously creamy combination. I could have eaten a dish of Chef Matt's cheesy grits just by itself.

So, plan to give my Cajun nephew's Shrimp & Cheese Grits recipe a try sometime. In the meanwhile, sit back and watch this video demonstration to see how this young buck does it! 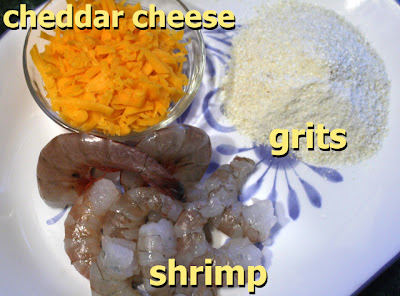 Directions
Chop onion and garlic. Melt 1/2 stick of butter in a medium hot pan. Saute veggies about 3 minutes until soft. 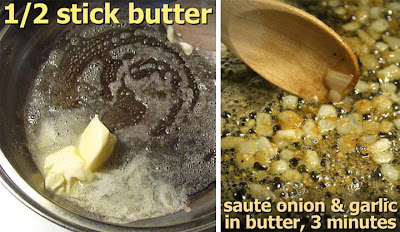 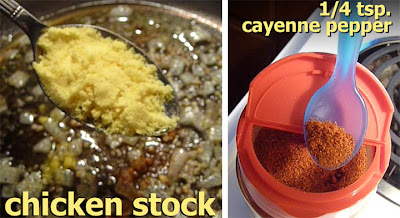 Time to get the grits going. Add 2/3 cup of grits to 1 cup of boiling water. Depending on your choice of Instant or Regular Grits, double check box directions for cooking times, and per serving amounts. This recipe is for 2 servings. You should taste grits before plating to make sure they are soft, not gritty. 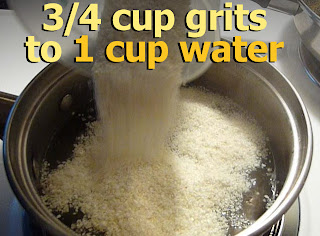 Turn heat to low on pot of grits, cover and cook until half done, about 3 minutes. Add 1/2 cup of shredded cheddar cheese. Stir until all cheese is melted and grits turn light orange color. Cover and set aside over lowest heat.

Now we finish up the shrimp/beer sauce. Add 12 peeled medium to large shrimp (or two 4-ounce 99 cent packages of small bay shrimp) to sauteing veggies. Cook 2 minutes (if shrimp are precooked, then wait to add shrimp to sauce until just before serving, and heat through.) 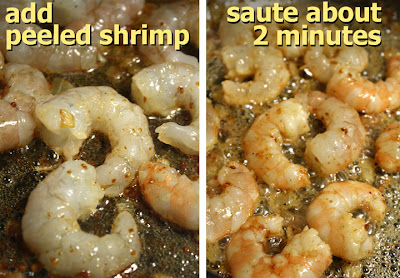 De-glaze pan with 1/2 cup of your favorite beer. Stir and mix well. Add Cajun Seasoning with salt and pepper - to taste. If shrimp are precooked, then add them at this time. 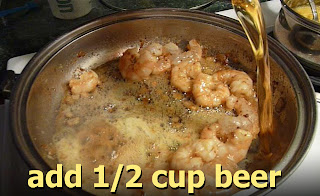 Check on Cheese Grits and give a final stir. Adding a pat of butter (or butter flavoring) is optional.

Spoon or pour out grits into plate or bowl. Arrange cooked shrimp around plated Cheese Grits. And finally, pour beer sauce over shrimp, and top with tablespoon of chopped chives (optional.) 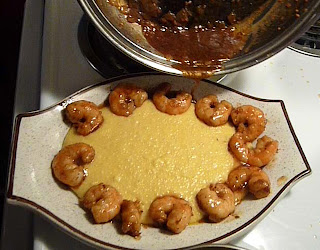 *Instead of 1/2 stick of butter, you can keep it light by substituting a tablespoon of olive oil. And add a little more beer and chicken (or veggie) stock if you like a lot of sauce.

Also, Chef Matt uses many spices and flavorings. If you don't have Liquid Smoke, Lemon Pepper or Cajun Seasonings, don't worry about it -- I'm sure it will be tasty nonetheless.
Posted by 99 Cent Chef at 1:00 AM

Instant grits??? You should know better than that!! Pffffffft. NEVER.

Made this last nite...so easy & delicious. It is a total Crowd-Pleaser. Love the video too. I used a little pkg of Southern Garlic Cheese Grits from the seafood shop in Wrightsville Beach NC...Perfection.

Made it again..love you 99$ Chef..total crowd pleaser every time!