The Street Gourmet christens March as Taco Month. I have an extra large taco shell full of videos and recipes for you including: my second Cheap$kate Dining video (of a local sidewalk taco vendor,) taco recipes for Carnitas (slow cooked pork done in my unique stop motion animated style) and the most crispy, crunchy Chicarrones (a Latin version of Cracklins from the South,) plus a culinary cautionary taco tale. So let the taco festivities begin!

When out cruising LA, shooting my  Restaurant Nocturnes, I'm always on the lookout for small shrines harboring sidewalk tacos, that are tucked in alleyways lit by cheap clip-on lamps, or around the corner from auto repair shops with barking guard dogs under streetlights, and even in working class neighborhoods in front of chain link fences beneath swaying palm trees -- well, at least everywhere but gated communities and Beverly Hills. I've sampled my share of taco stand fare offered by these master salsa slingers and I'm seldom disappointed.

At the end of a long days journey into night I like to cap it off with a couple of tacos. Lately I've been shooting mobile taquerias to include in my Cheap$kate Dining video series. This is not the first time I've shot eateries on wheels, but now I'm going a little deeper. 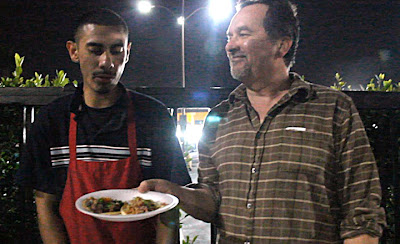 First up is my Cheap$kate Dining review, Latino street style, of Tacos Guadalajara in LA. It's a pop-up street cart, so you have to drive by to see if it's there or not. 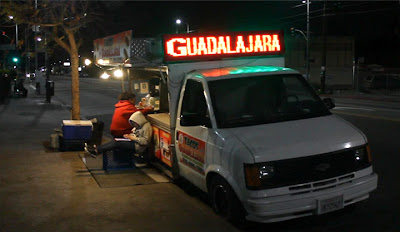 Usually there is a silver trailer with the "Tacos Guadalajara in LA" type animated in LED light along the top. The silver trailer has a tasty selection of tacos and burritos, especially carne asada (steak,) but I prefer the unadorned flat top grill that is in the same spot on off-nights. (The following descriptions can be applied to almost any Mexican sidewalk vendors in LA that you come upon -- just the meat and seafood recipes will vary to each cooks taste.) 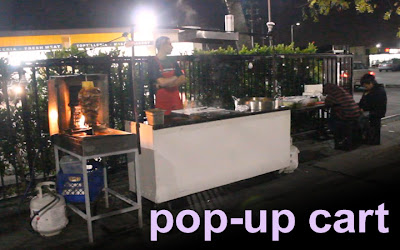 Since it's in my neighborhood I can just cruise by on the way home. (I they are not set up, then just look across the street in the empty lot, off Redondo Boulevard, for another recommended taco cart, Tacos El Primo, that I'll be reviewing soon enough.) 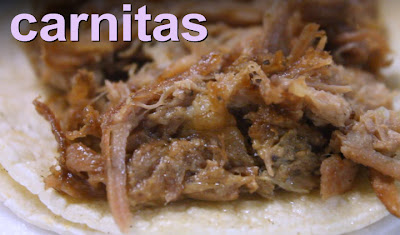 What I like from the taqueria are Carnitas and Lengua tacos. Carnitas are hunks of pork shoulder slow cooked for hours until fall-apart tender. Carnitas can be cooked in broth or oil. I prefer the crunchy crust that you get when hunks of pork leisurely saute in hot oil. 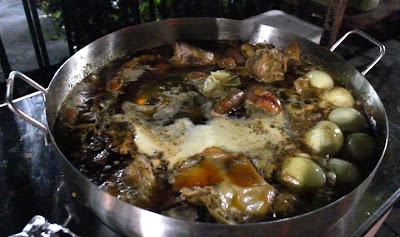 Carnitas is the Mexican version of Kentucky or North Carolina Pulled Pork. (The main difference is the lack of smoke and barbeque sauce.) 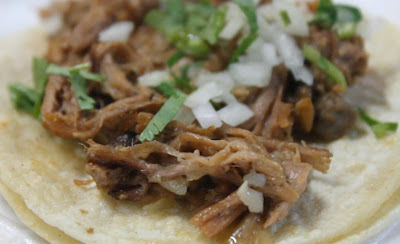 Carnitas just look delicious and are the gateway taco that most gabachos go for. The other favorite taco I get here is a Lengua one -- this taco is not for the faint of palate. 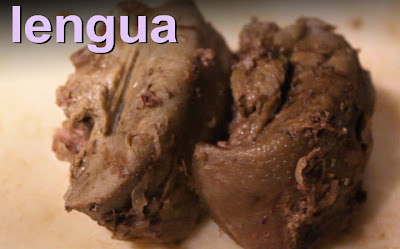 Lengua is whole slow cooked beef tongue, usually cooked in a seasoned broth with herbs, onion and garlic. A couple of things you have to get past are mouth-feel and a pungent flavor.

After cooking for hours, the Lengua texture can go from slightly spongy to mushy, with a mild liver flavor. It's like some people are chicken dark meat eaters and others are for white meat, I like to dine on the dark side. 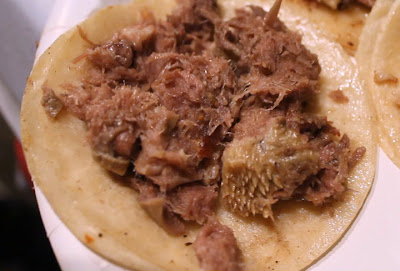 Tacos Guadalajara in LA prepare these proteins flawlessly. Served on store-bought corn tortillas, the tacos would be perfect if fresh handmade ones were used, but then the tacos would be more expensive. There are typical selections of red and green salsa, guacamole sauce, lime wedges, sliced radishes, chopped onions and cilantro. Your are handed your plate and eat standing up -- since I sit down at a computer all day, that is not a problem, but you can get them to go, or just chow down in the car. 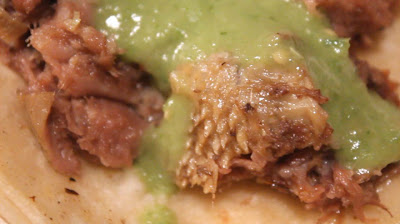 So on The 99 Cent Chef's Cheap$kate Dining scale of 1 to 9, 9 being best, I give Tacos Guadalajara in LA......well, you'll have to watch the video below to see what they rate!


So do check back for my 20 Carnitas Tacos stop motion animated video, and an easy-to-make Chiccarones recipe - coming up next.

And 99 thanks to Pete for shooting the bookcase review ending.

Tacos Guadalajara in LA
about 5151 Adams Boulevard, Los Angeles -- cross street  is Redondo Boulevard.
Usually it's a taco van, but sometimes the pop-up street cart is there.
Hours of operation vary according to mood of chefs, but usually early afternoon to about midnight or 1am.
For another review, click here.
Across the street (just North up Redondo Boulevard) is another excellent taco cart called Tacos El Primo that I recommended.
Posted by 99 Cent Chef at 8:03 AM