Queerier than QAnon, dippier than the Deep State, and more slipshod than Stop the Steal, my conspiracy theory Trumps 'em all, and it's 99.99% accurate like all the rest. The knuckleheaded 99c News Team had dug deep and uncovered the Greatest Conspiracy Theory of All Time. 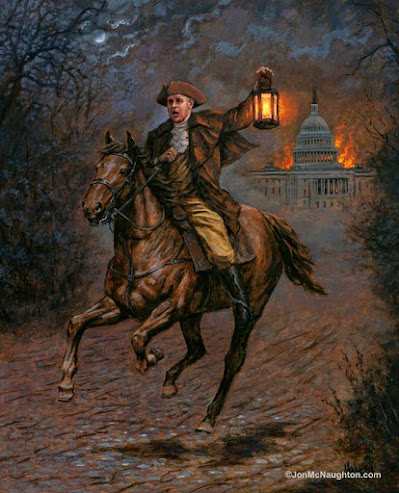 As usual, it's the .01% that are the real troublemakers. The question is what side of the fringe are you?

I seldom get political, but I couldn't resist the headlines of the last couple of weeks. You may want to stop here if you are a Trump fan because I can't help but pull his chain a bit in my satirical blog post that follows. But I do try stirring in food humor -- sometimes you have to laugh to keep from crying. 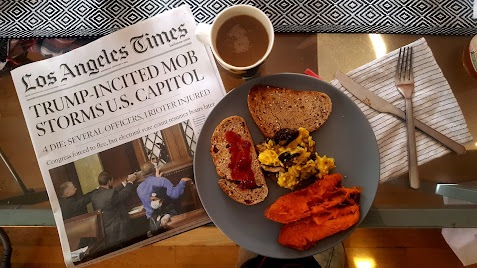 First off, the Election was manipulated by the Deep State and rigged Election Voting Machines, duh!  But it's Hollywood that really was the Wizard of Election Fraud, I mean, Oz. Living in Los Angeles I have the inside scoop: Hollywood has been taken over by British Actors who have our regional American accents down pat, sooo...the 2020 Election was a British Coup! Yes, it's the Revolutionary War 2.0 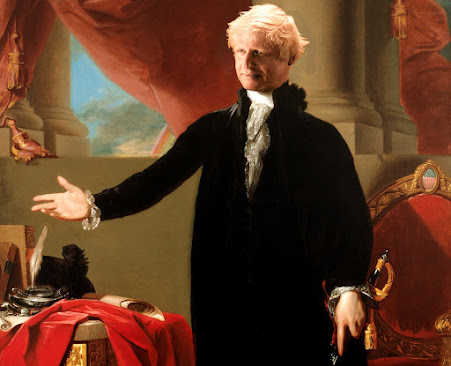 Think about it, England has been waiting over 225 years to reclaim the Colonies, and thanks to their Presidential plant, Donald J. Trump, they have finally won. Trump was brainwashed by Hollywood British Producers (aka Secret Service MI6) during his The Apprentice years!

Hello to our new National Dish - Beans on Toast

You see, the United Kingdom wanted someone divisive like Trump to put one political party in the driver's seat of government, so Donald J. Trump really did Make American Great Again...for Merrie Old Englande, that is.

Five years ago it was a cyber-invasion by the Russians -- for this Election, the British are Coming in disguise...for us!

Having Hair Trigger Trump in the White House was a disaster in the making, and his bungled handling of the Coronavirus has put President-Elect Joe Biden in the driver's seat for the foreseeable future.

Of course, Democrats keeping control of the House of Representatives was a forgone conclusion, but with Trump in charge, he gave the Dems the Senate too!

And he quashed the Republican's final stab at sabotaging the Electoral College by sending in the clowns, or disguised British Insurgents, to lay waste to parts of the Capitol Building in their final gleeful insult to our Republic, just like British soldiers did in August of 1814 when they looted and burned the White House to the ground. 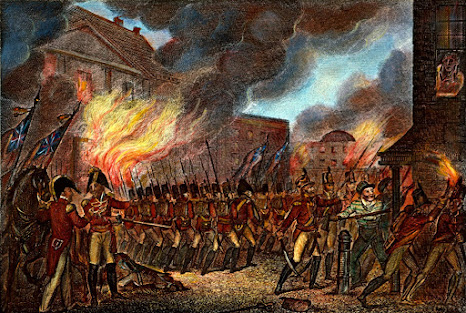 As proof, what American in his right mind (Antifa, much less the Proud Boys) would be barechested with a face painted like Mel Gibson's Braveheart, wearing a horned fur helmet, and carrying the American Flag attached to a spear? Only the selfie-taking, overheated, clichéd imagination of a British B-actor would show up in this costume. 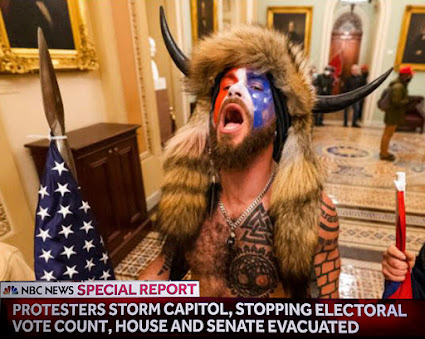 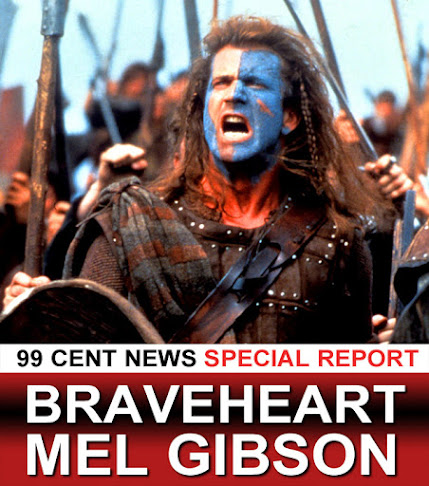 And the result of the Capitol insurrection was that the Electoral College Count was completed in less than 24 hours, thanks to Benedict Arnold Trump -- God Save the Queen! 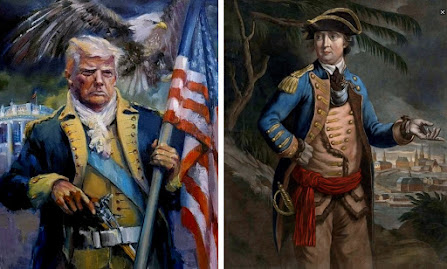 So stay tuned and watch President-Elect Joe Biden with VP Kamala Harris steer the ship of state right into the arms of Her Majesty Queen Elizabeth II and the Prime Minister of the United Kingdom, Boris Johnson...you'll see.

And once Britannia rules America will the Big Mac be forced to come topped with Beans?

This treasonist pillage of America's greatest fast food burger will not stand!

Give me Big Mac without Beans or

This is wonderful! Really there is so much stress and worry, and we should be celebrating. Here’s to being able to go shop again at the 99 cent store! I have been advised to stay home for almost the past year. Next tries out, I hope it will be to get a vaccine.
Love your page, Billy. I think you are the best.